Menu
Home Opinion How to be a Nigerian
Opinion 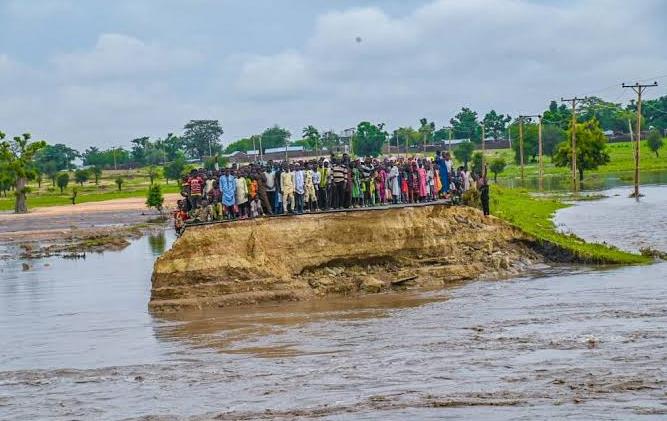 The level of cynicism we display is typical. It should however not be allowed to spiral out of control.

I am particularly referring to the quantum of unkind reactions and uncouth comments circulating on social media after the recent parachute exercise in Abuja.

While somebody would have to answer for not using an alternate terrain for the initial practice jumps that culminated in such national embarrassment, our younger ones in uniform remain a symbol of, “Our country, Our Army, Our Home” – regardless.

Both are a compendium of our doings and misdoings, our conduct and behavior as a people including misconducts and misbehaviors. It is a comedy about our national life with saucy anecdotes and spicy cartoons. A must-read.

How can we “set right” Nigeria?

Considering our excruciating circumstances the idea of an October 1 parade complete with parachute showmanship is misplaced in the first place.

It is a wrong kind of national activity taking place when swaths of our national territory are still under the active control of various non-state actors with some of our retired ones recently sleeping out of the military pension office in the same Abuja due to their unpaid benefits.

Against the background of this type of wasteful spending coming shortly after a reported 100-person delegation had just returned from the recent 77th UN general assembly, Mr. President’s handlers should have instead planned some flying visits to our boys in selected fronts or helicoptered himself to some scenes of the recent flooding across the entire 6 geopolitical zones during the course of this Saturday.

The element of surprise is always a powerful political statement. An effective tool in national mobilization. Albeit for discerning leaders.

Out of patriotic fervor, I refuse to share any picture of the Abuja parachute incident. Everyone makes mistakes. Even the British Army has an instructive mantra, “Try. Fail. Learn.”

Instead, the attached is a washed-out portion of the road linking Gujba and Gulani LGAs in Yobe State. Similar scenes are replete in neighboring Jigawa down to the Kogi capital, Lokoja. Indeed, across Nigeria.

It is not rocket science. It is common sense.

In 1967 after the breakout of the Nigerian Civil War, Mr. Enahoro discontinued his Peter Pan column in the Lagos-based Sunday Times, a paper he had become editor of at the age of 23 in 1958.

He was highly critical of the situation because he fully understood the dynamics but could not say so in the public domain. He eventually went on self-exile.

After the armistice of 1970, he returned to continue his writing. His opening words remain memorable, “As I was saying before I was rudely interrupted, …”

Is there anything to celebrate this October 1?

Yes. Being alive, here and now is worth celebrating.

Hopefully, next year would be under better circumstances.

Uganda steps up efforts to curb latest outbreak of Ebola