Menu
Home National 62 Anniversary: Nigeria has done very well, but there is room to do better – Bagudu
NationalNews

62 Anniversary: Nigeria has done very well, but there is room to do better – Bagudu 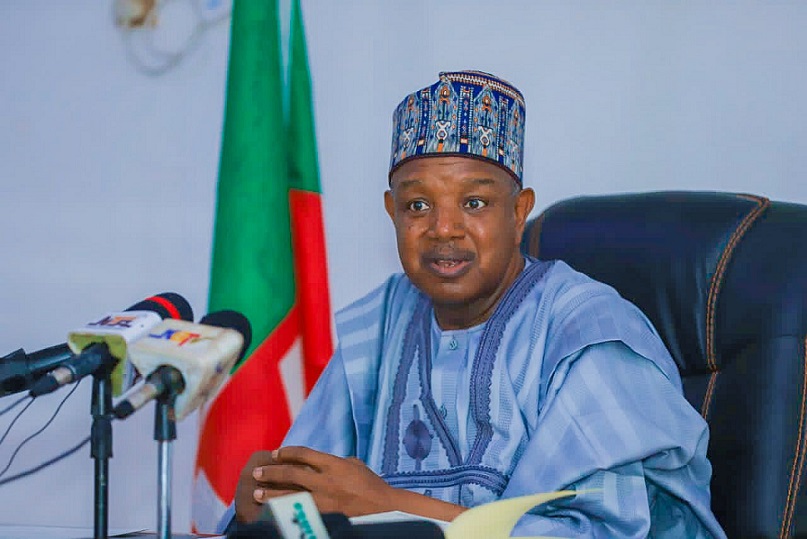 Kebbi State Governor, Senator Abubakar Atiku Bagudu says Nigeria has done very well in the last 62 years, in spite of the myriad of challenges facing the nation, just like other parts of the world.

The Chairman of the APC Governors’ Forum however noted that there was still room for improvement to make the country better.

He said: ”We spent centuries under the exploitative colonial system and it was so retrogressive.

“But, the country has fared so well, in so short a period of 62 years as an independent country.

“We must therefore appreciate and acknowledge the various successes recorded during the period under review.”

According to Bagudu, the population of the country had grown exponentially during the last six decades of independence, adding that, such a demographic spike must come with some challenges.

The Kebbi State Governor however noted that Nigeria has done so well, in spite of increasing demands for infrastructure and utilities.

Bagudu also said that most of the challenges currently facing Nigeria were global in nature, adding, yet, Nigeria had achieved a lot.

He further said, we have done well, but we can do better and we can do it.”

Bagudu extolled the exemplary leadership of President Muhammadu Buhari in the last seven years, saying that, he is worthy of emulation.

The governor for instance noted that Nigeria had from 1999 to date been recording steady progress in politics.

He said: “We have seen increasing confidence in the political process by Nigerians, with bolstered synergy among the three tiers of government and all the arms of government.

“The president had never interfered in the processes. All the political parties had successfully conducted their primary polls.

“For instance, the amazing story of the APC presidential primaries is a testament to this happy story authored by Buhari and the party.”

Bagudu also said that Kebbi State has been a trailblazer and a pacesetter from 1999 to date, but especially in the last seven years.

According to him, the state has during the period under review recorded myriad and tangible developmental strides in all sectors.

“We will continue to sustain the tempo in spite of the daunting challenges and  I must appreciate the invaluable effort of all and sundry in the state, in this direction”.

Kebbi State Chief, responded to issues raised by Journalists such as on diversification of the State economy with emphasis on the ethanol project, an MOU signed with NNPC for the production of biofuel and agricultural production, and success recorded in the Anchor Borrowers’ Program which has seen the state becoming the largest producer of rice in Nigeria.

Other areas the governor dwelt on were security, power, education, infrastructural development, and Child Right Act.

On security, where he appreciated the people of the State for being their brothers keepers by hosting IDPs from neighboring States of Niger, Zamfara, and Sokoto.

He commended the security agencies and the vigilante for doing their best to keep in providing security to the communities in the state.

He also reiterated his support for community policing and pledged to continue to support security personnel and the vigilante.

The Governor responded to all the questions raised by journalists without a barrier or selection.

While congratulating President Muhammadu Buhari and the people of the State for the 62nd Independence Anniversary celebration, he also thanked the State’s public service and traditional and religious leaders for the support and cooperation they have been rendering to his Government.

Bagudu appealed for prayers for the success of his wife Dr.Zainab Shinkafi Bagudu who is among the top contenders vying for the President of the Union for International Cancer Control, UICC.

Dr. Zainab Shinkafi Bagudu is a two-time board member of UICC and the only woman from Africa vying for the coveted seat.