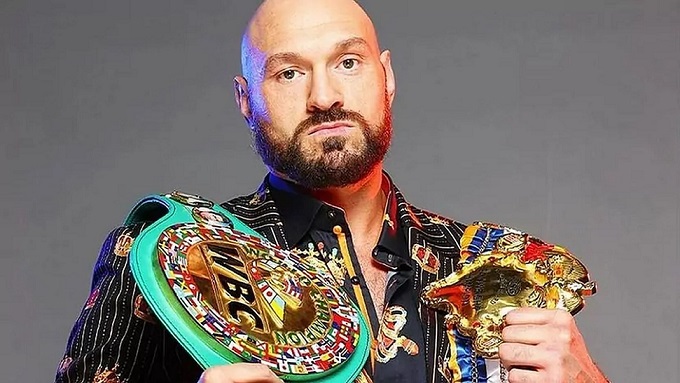 He has set his rival another deadline and called for him to sign the contract for their showdown today. Joshua has previously insisted that he would sign the contract, but it had to go through his lawyers and management team. Alexander Krassyuk, Usyk’s promoter, believes like me that there won’t be Tyson Fury vs Anthony Joshua at the end of the day.

Dillian Whyte had joined the fan who thinks the all-British fight won’t happen, so he has called out Anthony Joshua, offering to step in to fight the former heavyweight champion in December in place of Tyson Fury. October comes with sweeter fights. KO artist Deontay Wilder after two consecutive losses to Tyson Fury could be in a position to fight for a heavyweight world title — again. If he beats Robert Helenius on Oct. 15, he will get back to the conversation.

It is dubbed the biggest fight ever to be staged in women’s boxing. On October 15 Clarissa Shield will be slugging it out with her archnemesis, Savannah Marshall. Marshall’s career has been on a constant rise since her debut, winning all 12 of her professional bouts, 10 by knockout. That has brought her to this moment: A fight with two-time Olympic champion Shields, who is similarly undefeated at the pro level.

Shields and Marshall will stake their undefeated records in a high-stakes unification, for the undisputed middleweight crown. Marshall handed Shields her only defeat in a boxing ring, back in 2012, when the two fighters were amateurs. Shields would move forward to cap her highly successful amateur run with a gold medal in two Olympic games. As a pro, Shields captured world titles in three weight classes – with two undisputed reigns.

Another boxer will be going to fight this time not in the ring but on the field. Vladimir Putin has reportedly called up a number of big-name figures in Russia to join the army, including the tallest and heaviest world champion in boxing history.

That’s right, according to reports, 7-foot Nikolai Valuev has received a tap on the shoulder to fight for Putin’s Russia in the war with Ukraine. Below are the rosy fights for October.