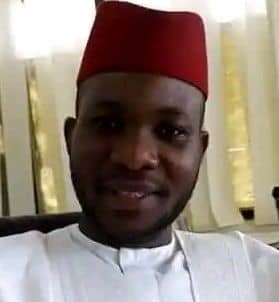 Sokoto All Progressives Congress (APC) candidate for the House of Representatives for Gudu /Tangaza Federal Constituency, Alhaji Sani Yakubu says he has the capacity and experience to make a good representation at the National Assembly for the development of his constituents and nation.

Speaking to journalists in Sokoto on Wednesday, Yakubu who was a former lawmaker in the state assembly between 2007 to 2019, identified security issues, education, health, and poverty alleviation as the most challenging aspects of Nigeria’s problems that he along with other lawmakers would closely focus on, as the first line of assignment if elected.

“I will apply my wealth of experience while as a state lawmaker to strengthen my capacity and do better at the federal level”, he said.

Hon. Yakubu who believed he had done so much and still has a lot to offer, said: “Gudu and Tangaza LGs are among frontline local government areas where communities are harassed daily by bandits in the Northwest region.

“We have lost lives and property (livestock) to bandit attacks.”

He said as a lawmaker in the state assembly, I sponsored a Bill that saw to the establishment of today’s Sokoto State Marshall Agency, a responsive sanitation program by the Wamakko’s administration.

“I enhanced and supported the vigilante group operations in Gudu local government to perform better in complementing the conventional security organ,” he outlined.

According to him, I will with the support of other lawmakers, sponsor motions and Bills that would ensure the security of lives and property of our people and Nigerians.

“It may interest you to know but regrettably that my local government (Gudu) had since its creation, being the only council area out of the 774 LGs in the country without a single Secondary school to benefit its people.

“When I got elected to the state assembly, I responsively lobbied my way such that we got a school under the Tambuwal administration.

“This further drove parents’ spirit to persuasively enroll their wards in school as a measure to curb the trend of OOSC roaming our communities”, he added.

Hon Yakubu who decried the increasing wave of crime and criminalities sequel to youth restiveness and the challenges posed by the high rate of unemployment said he would strengthen avenues for gainful empowerment program opportunities to drive a poverty alleviation scheme.

“In fact, I have personally been involved in so many sponsorships and skills acquisition drives between 2007-2019 which has benefitted a lot of our youths and women.

“I also facilitated other students to study outside Nigeria during the Wamakko era as governor.”