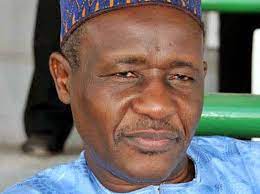 Six sub-committees aimed at ensuring the success and the hitch-free tournament have been inaugurated by the organizers of the maiden edition of the Alhaji Ibrahim Galadima football league.

The chairman of the organizing committee, Engr. Suleiman Musa stated this while inaugurating the committee ahead of the championship.

Engr Sulaiman Musa explained that the organizing and the disciplinary committee has himself as chairman,

Ibrahim Umar Fagge   FIFA and the team manager of Kano Pillars FC, Sani Lawan would serve as members while the Security committee will be headed by the stadium manager of Sani Abacha Stadium Kofar Mata, Surajo Usman Tudun,

He added that the Development and Technicalities committee has Magistrate Ibrahim Gwadabe as chairman, Aminu strikers, and Mike Anike members, and the Media and Publicity Committee will be headed by Ado Salisu of Abubakar Rimi Television (ARTV), Ibrahim Umar Fagge FIFA and Kabiru Bawa to serve as members.

Engr Sulaiman Musa, however, said that the Finance committee has the former General Manager of Kano Pillars and one time Director in the state KNUPDA, Abba Muhammad Fagge as chairman while Mr. Mike Anike co-chairman, Ibrahim Gwadabe, Surajo Usman Tudun Wada and Sani Lawan would serve as members.

The chairman then charged the committees to continue to do their best toward the success of the competition.

Meanwhile, Samba Kurna will confront Super Stars in the opening ceremony of the match scheduled to hold on Sunday, 2nd October at Sani Abacha Stadium Kofar Mata by 4 pm.