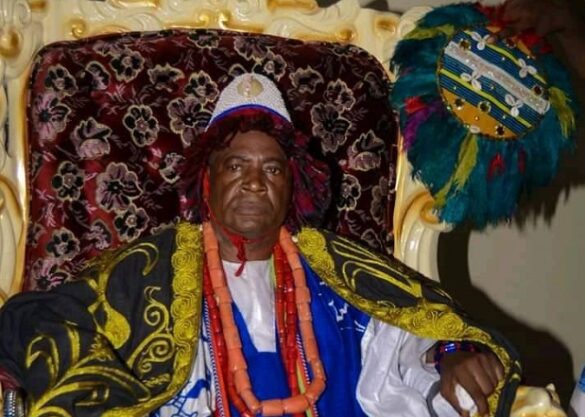 The Attah Igala, His Royal Majesty, Dr. Alaji Opaluwa Oguche Akpa, has urged all Igala people irrespective of their location to unite and shun discrimination to ensure rapid growth and development in the land.

Attah, who doubles as Chairman of Igala Traditional Council, gave the advice when the Movement for the Sustainable Development of Igala Land (MOSUDIL), paid him a courtesy visit at his palace in Idah, Kogi.

Attah noted that since he ascended the throne, the issue of discrimination as he observed, had hitherto hindered smooth growth and development in Igala land, and had been stopped forthwith.

According to him, the underdevelopment in Igala land was partly due to the people who have constituted themselves as a cog in the wheel of progress.

Speaking on security, the monarch said a lot of strategies were being put in place to ensure that crime and criminality were brought to zero level.

Attah cautioned the youth who were using social media platforms to castigate or demoralize the well-to-do Igala sons and daughters to desist henceforth.

He stressed that such action was not in any way promoting the good image of the Igala land and do not reflect the culture and tradition of the Igala kingdom.

Attah commended the association for the visit and urged them to get more members into its fold, saying, ‘the movement is an ideological one, which has a penchant for the development of Igala land”.

Earlier, the Chairman of MOSUDIL, Comrade Daniel Salifu, commended the royal father for bringing rays of hope to all Igala sons and daughters within a short time of ascending the throne.

Salifu, who was represented by Comrade Innocent Idajili, explained that the Movement was established some years ago, to identify and support Igala people having a penchant track record for the development of Igala land.

He added that the association was also aimed at uniting all sons and daughters at Igala towards awareness, recognition, appreciation, and encouraging accelerated development.

Salifu proposed the establishment of Igala Cultural Tourism Conservation (ICTC) where tourists from within and outside the country, would have first-class information on the Igala kingdom’s rich historical sites, monuments, cultural practices, and events.

The Chairman bemoaned the litany of uncompleted and abandoned government projects in Igala land, saying their revitalization would promote socioeconomic activities and provide employment for teeming jobless youths.

He further called for the establishment of a Multipurpose Skills Acquisition center for the three axes of Idah, Ankpa, and Dekina as an avenue to breeding business ideas among the youths.

The highlight of the visit was the presentation of a 10-page working document to the Attah for his necessary action.

The royal father promised to go through the document and digest the content with the intent to direct actions appropriately.