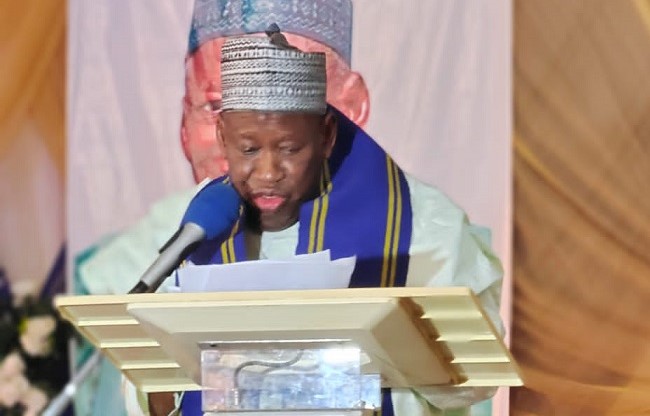 Adding that population is a critical factor in nation building and attaining sustainable development.

A statement by the spokesperson to the deputy governor, Hassan Musa Fagge said the Governor stated this on Tuesday while addressing State Stakeholders Summit on the 2023 population and housing census with the theme: “2023 Census-Getting People Involved” held at the Coronation Hall, Government House Kano.

Ganduje who was represented by his deputy and APC Gubernatorial Candidate Dr. Nasiru Yusuf Gawuna said: “The people are both the agents and beneficiaries of the development process, therefore knowledge of the national population in terms of size, distribution, and socioeconomic characteristics is required for planning purposes, making the conduct of census one of the essential governance activities.

“We are delighted that the deployment of state-of-the-art technology by the Commission to ensure the conduct of the first fully digital census in Nigeria will enhance the data quality.”

He further said his administration requires new data to drive the implementation of the recently launched revised National Policy on Population for sustainable development and other government policies in all human endeavors.

According to him, in Kano, we have the conviction that the National Population Commission has the capacity and is ready to deliver to the country a reliable, credible, and acceptable census comes 2023.

The Governor assured of his administration’s unflinching support and commitment to ensuring that the 2023 census exercise is successful and conducted for the benefit of all.

The Federal Commissioner National Population Commission Kano Office, Dr.Ismail Lawal Sulaiman explained that the goal of the census taking is to conduct acceptable and credible exercises that will be transformational and meet the international standard, hence the need for engagement with the stakeholders to get their feedback on the instruments and to enrich the process.