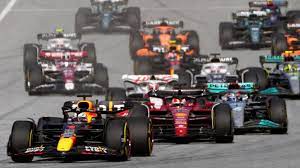 Formula 1 will double the number of ‘sprint’ events to six next year.

F1 and the teams had agreed to the increase back in April but confirmation had been delayed by new FIA president Mohammed Ben Sulayem.

The FIA had asked for time to assess the impact of the increase on its staff, claiming that the extra shorter ‘sprint’ race added to their workload.

But an agreement has now been reached and on Tuesday the FIA’s World Council voted to accept the increase.

The races at which the sprint events will be held in next year’s record 24-race calendar have yet to be confirmed.

‘Sprint’ events differ from a standard grand prix weekend by holding a shorter race on Saturday, the result of which sets the grid for the grand prix.

The starting order for the sprint is set by qualifying, which is moved to Friday afternoon from Saturday.

F1 has data from the first two seasons of sprint events in 2021 and 2022 that shows that the sprints boost both television audiences and income, and many organizers are interested in hosting them at their grands prix.

But Ben Sulayem pushed back against F1’s plans saying he wanted to “evaluate the impact of the proposal on its trackside operations and personnel”.

Several senior sources told BBC Sport that he initially asked F1 to pay more money to the FIA in return for agreeing to the increase – something the FIA has denied.

In the end, F1 has not paid the FIA any more in return for its acquiescence, BBC Sport has been told.

Ben Sulayem said in an FIA statement: “We concluded a thorough analysis on the impact of additional sprint sessions, and have adjusted relevant parameters of our work to ensure that they continue to be regulated at the very highest level.

“Sprint sessions provide an exciting dynamic to the race weekend format and have proven to be popular over the past two seasons – I am sure that this positive trend will continue and am pleased that the world motorsport council has today given its approval for them to go ahead.”

F1 president Stefano Domenicali said: “I am pleased that we can confirm six sprints will be part of the Championship from 2023 onwards, building on the success of the new format introduced for the first time in 2021.

“The sprint provides action across three days, with the drivers all fighting for something right from the start on Friday through to the main event on Sunday – adding more drama and excitement to the weekend.

“The feedback from the fans, teams, promoters, and partners has been very positive and the format is adding a new dimension to Formula 1, and we all want to ensure its success in the future.”

The dispute over the sprint events is one of a number of contentious issues this season that have eroded trust between the FIA on one side and F1 and the teams on the other.

F1 and the teams are concerned about the way the sport is being run, with the latest example being the controversy over the failure to restart the Italian Grand Prix after a late safety-car period.

This has followed concerns over a number of other issues, including: a clampdown on driver jewelry and underwear; a dispute over circuit safety at the new race in Miami; a delay in the publication of new engine regulations for 2026, which some sources believe played a role in Porsche’s deal to join forces with Red Bull collapsing; and over the FIA’s intervention in the row over cars ‘bouncing’ this year.
(BBC)

BBNaija S7: Bryann Stirs Reactions As He Says Phyna Is His Biggest Competition