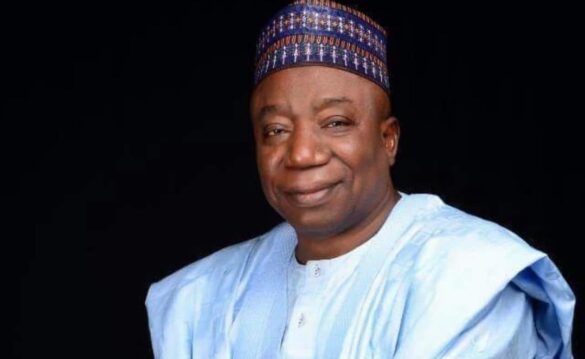 Mr. Saidu sued Mr. Aliero, the incumbent senator of the district, the PDP, and the Independent National Electoral Commission (INEC) for conducting a fresh primary for the Kebbi Central Senatorial District. He argued that the fresh primary contravened the Electoral Act 2022.

He argued that he is alive, and did not withdraw from the contest.

He claimed that his name was unlawfully substituted with that of Mr. Aliero, who defected from the All Progressives Congress (APC) to the PDP after a primary election was conducted.

Delivery of the judgment on Monday, Justice Baba Gana Ashigar of the federal high court Birnin Kebbi observed that when the first primary for the Kebbi Central was held, Mr. Aleiro was in the APC.

He ruled that based on exhibits 2,21,23,24 tendered before the Court; Mr. Sa’idu participated in the first primary where he was elected as the candidate having scored the highest votes while the first defendant, Mr. Aliero, was still at the ruling party.

“I, therefore, upheld all the prayers of the plaintiff, and the judge ruled.

Responding to the judgment, counsel to Mr. Aliero, Aliyu Hassan, said his client will study the judgment before taking the next line of action.

Also, counsel to Mr. Sa’idu, Sule Usman, a Senior Advocate of Nigeria (SAN) said the judgment, is for the good of the people of Kebbi Central District who now know who the authentic candidate of the PDP is.

Reacting to the court ruling, the lawyer to the plaintiff Barrister Usman Sulaiman (SAN) challenged the second primaries of Aliero and that justice was rightly served as Haruna Saidu is the valid candidate for PDP Kebbi central senatorial candidate.

Earlier, the plaintiff, Mallam Haruna Saidu had requested the court in his prayers against the PDP and Senator Adamu Aliero the for an order setting aside purported congresses held in the state during the pendency of the applicant’s motion on notice.

FERMA, Anambra to Engage in Strategic Partnership to Maintain Roads

G5 Governors will Continue to Push for Equity, Justice in PDP –...