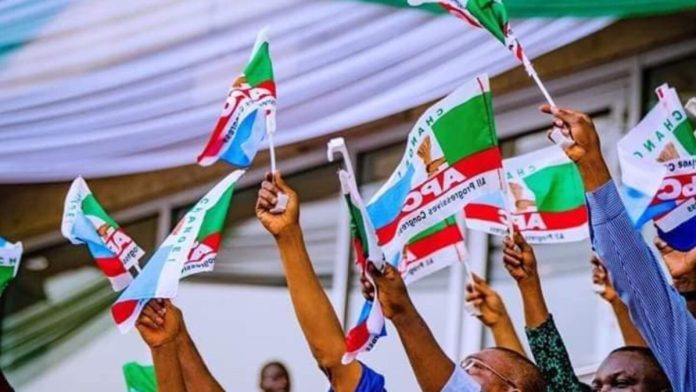 The endorsement which took at a town hall on Sunday in Shanga Local Government Area (LGA) Secretariat saw a huge crowd.

Delivering his welcome address, the leader of the movement and Chairman of APC Youth Awareness Forum, Comrade Nasiru T. Mohammed Giron Masa said the endorsements came in after a series of stakeholders meeting under Yauri Emirate.

He added that their aim is to ensure that APC wins the 2023 general election in the state.

Comrade Musa said: “This is a historic event in the democratic history of Shanga LGA where over five thousand Youth members sit together to educate, highlight, and encourage the APC youth families to work hand in hand toward the success of APC in the coming general elections.”

He also expressed appreciation over the level of turnout while urging the youths to be law-abiding citizens in order to achieve their aims and objectives.

The Youth Leader described the APC Governorship candidate, Dr. Nasiru Idris Kaura Gwandu as a leader with a good mission and vision of taking Kebbi State to the highest level.

He applauded the efforts of the Kebbi State Governor for unifying the party members and ensuring that the party delivery in the 2023 general election.

Speaking at the Palace of the District Head of Shanga, Alhaji Kabiru Sani Giant stated that they were at Shanga to graced the meeting of the APC youth families but considering the importance of the traditional institution they came to seek the blessing of the royal father.

He then appealed to the Royal Father to bless the APC Governorship candidate and ensure that APC wins the 2023 election.

“You know Dr. Kaura Gwandu and how good he is to the people, he is an honest and transparent man with good character in his activities,” he said.

In his remarks, the District Head of Shanga Alhaji Nasiru Jafar Abdullahi appreciated the visit and applauded the efforts of the administration of Sen Atiku Bagudu in Shanga LGA, and thanked the elders for coming to seek his blessings.

Also in their separate remarks, the Senior Special Adviser to the Governor, Hon, Ishaku Manu Nasarawa, and the Executive Chairman Shanga LGA, Hon, Aminu Sulaiman Takware, thanked the youths for organizing the program.

He assured them of their support towards achieving the set goal.