Menu
Home Opinion Where are the Bala and Wilmot brought-ups?
Opinion 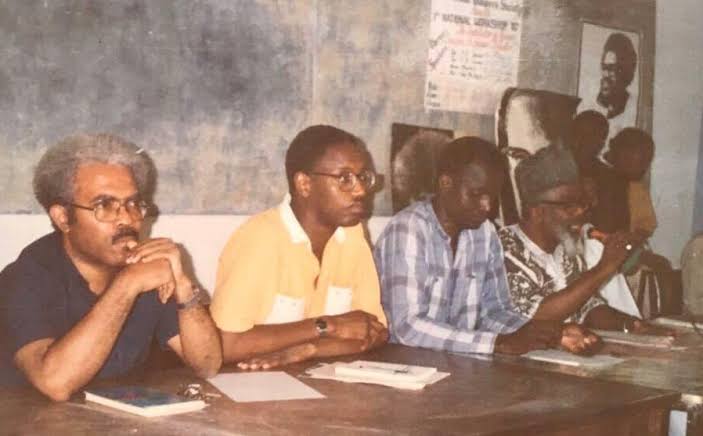 Back in the day of radical intellectuals, an ASUU strike was a genuine national struggle. Now it is apparently just another lengthy trade union dispute.

As a long-term resident of Zaria outside the academic orbit, one cannot but observe there are many hard-working lecturers and researchers. There are also those that can be best described as, the others.

While we cannot throw out the baby with the bath water there is a need to look within the Nigerian university system for long-term solutions beyond the current strike.

If a balloon is squeezed the air moves, it does not disappear, it just moves to another area of less resistance.

Ahead of the valedictory 2023 budget of the Buhari administration, there will be mega-international borrowing to finance it, fuel subsidy, the forthcoming elections including the demands of ASUU among others such as huge gratuities and pay-offs for departing political appointees and well-connected hangers-on.

This means there is a glimmer of light at the end of the tunnel. Temporary respite is therefore within periscope sight and the campuses would certainly reopen. Soon, hopefully.

Why do I claim the current ASUU strike is just another lengthy trade dispute?

It is because the previous generation of ASUU stalwarts actually made a sustainable proposal on how their demands would be adequately met from the proceeds of an Education Tax Fund.

It was a brilliant flanking maneuver in which ASUU boxed the military brass into a difficult corner.

Similarly, what those of us outside the academic community had expected this time around was for ASUU to do a critical evaluation of public spending to point out areas of massive wastage by the political ruling classes that can be re-channeled.

For instance, where are the detailed infographics showing the general public what impact a mere 1% decrease in the salaries and emoluments of all political office holders nationwide would create?

Or what the savings accrued from retiring a single jet in the President Air Fleet would finance.

Even from within, ASUU should have embarked on a critical self-examination with details on how massive spending on members of FG-appointed councils and their political interference have combined to negatively impact public universities.

Many of those who had the rare honor and privilege to have been taught or mentored by the likes of Dr. Bala Usman (1945-2005) and Prof. Patrick Wilmot (b.1942) including those tangentially influenced by them, are today some of our leading politicians, administrators, business people and even accomplished academics themselves, yet here we are!

If truth be told, the Bala and Wilmot brought-ups have wantonly betrayed the cause for a better and more progressive Nigeria.

ASUU’s response to Prof. Tukur Sa’ad in the recent past has not helped matters. As one of the surviving elders in Nigeria’s academic community who earned his doctorate as far back as 1981, his junior colleagues should have engaged him in-house to thrash out issues.

Not too long ago Rtd. General IBM Haruna had cause to excoriate the living daylights out of Rufai Oseni, a busybody AriseTV host on live television. You don’t have to agree with Baba Haruna to admire his position.

The irony is that rather than the young blood of ASUU being the ones accusing the retired professor of Architecture of, “living in the 1970s and 1980s” – ironically, it is the other way round.

Something is therefore amiss.

We the struggling parents and guardians of the present generation of undergraduates are nevertheless unrelentless in the pursuit of a better Nigeria.

We shall continue to align with ASUU – but for how long?

Despite our monumental present-day disappointment and the humongous betrayal of our expectations, for many of us, the favorite mantra remains,

“This generation of Nigerians, and indeed future generations, have no other country than Nigeria. We shall remain here and salvage it together.”

Ladies and gentlemen, there was a leader!

Our eggheads and political class must now reach an amicable solution. We on the other side of the confrontation have obviously reached an elastic limit.

But as Veno would in retrospect croon, “Nigeria go survive”

I have recently found the attached link useful in further dissipating youthful idleness in my household:

Something got to give before the balloon bursts.