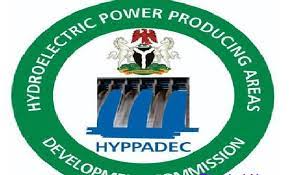 Presenting the donation to the beneficiaries at the flag-off ceremony of the palliative distribution which was held at Shanga Local Government Area, the Managing Director of HYPPADEC, Alhaji Abubakar Sadiq Yauri said that the support is part of the Commission’s responsibilities to ensure that the lives and property of the people living at the riverine areas have been protected.

He added that the affected states under the commission are Kwara, Benue, Kogi, Pleatue Niger, and the Kebbi States.

Yauri explained further that over 700 bags of grains such as Rice, Millet, and Guinea corn will be distributed in the affected areas in Kebbi State, while thousands of mosquito nets have been given including washing and bathing soaps.

He said the medical outreach team is available in the area to check victims’ health conditions and ensure that they are safe.

The HYPPADEC Boss also donated the sum of N3m cash to the victims while admonishing them not to sell the gifts as it was made for their personal consumption.

“Four local governments will benefit in Kebbi, Dandi,Shanga Koko-Besse, and Bagudo local governments area of the State, we are giving them foods items, building materials, and cash for those that lost their farms’ input and houses,” he added.

Speaking earlier, His Royal Highness, the Emir of Yauri, Dr. Muhammad Zayannu commended the efforts of the Commission in supporting the people who were affected by the floods.

His Royal Father who was represented by the Sarki Shanga, Alhaji Nasiru Jafar said that the decision of the Commission was a welcome one based on the condition of the affected flood victims.

“Those people seriously need support and the state and Local Government have also done their best by their quick attempt to rescue the victims’ lives,” he said.

Responding, the Shanga Local Government Chairman, Alhaji Aminu Takuare explained that there are three types of people that flood submerged their farms; some are affected only by their houses, some only farms, while others are both houses and farms.

He said the state and local governments have since rescued and sent the palliatives to them.

He also thanked HYPPADEC for the donation, assuring that it will be shared accordingly and judiciously.