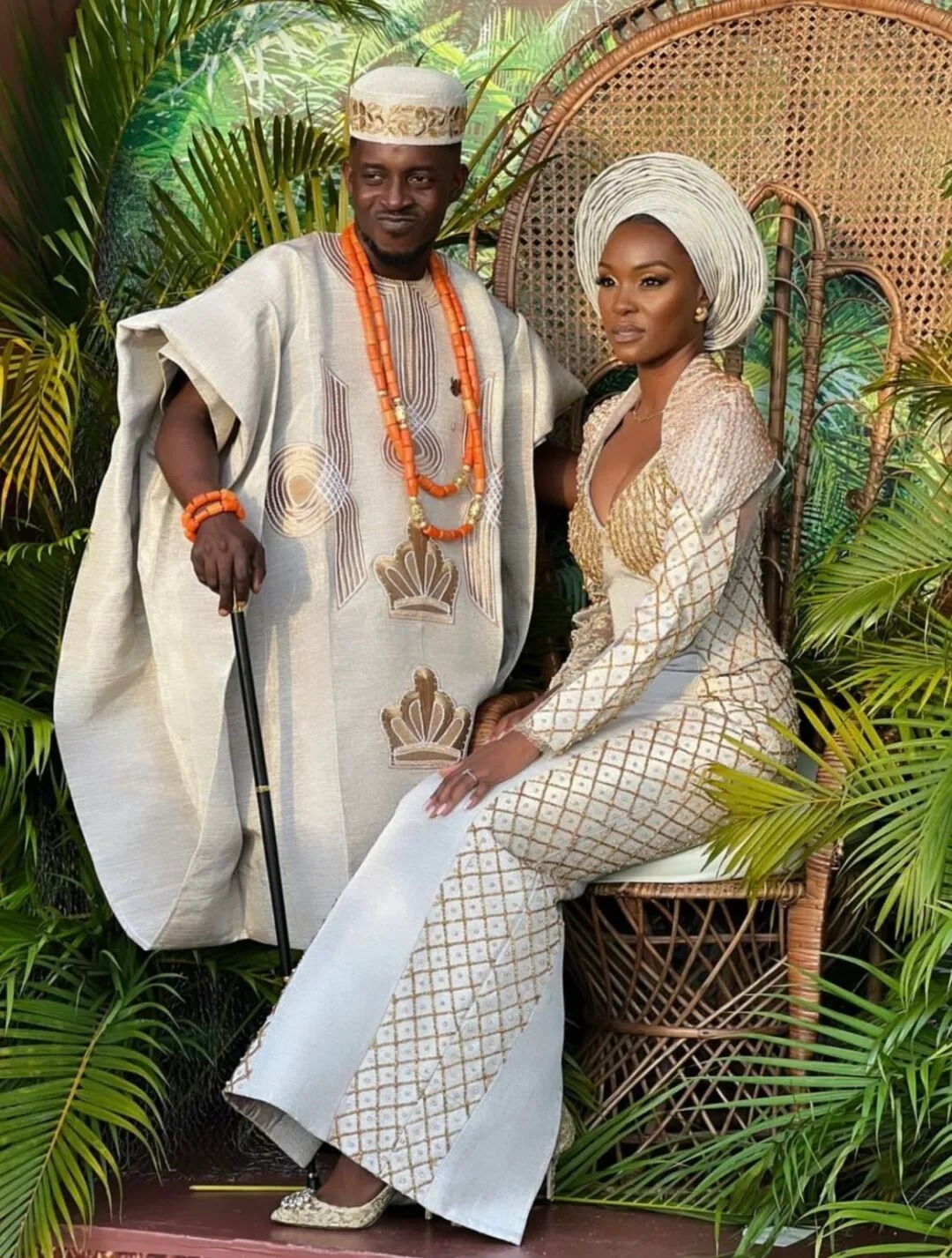 Nigerian rapper MI Abaga and his wife Eniola Mafe have officially tied the knot.
The music star and his wife had their traditional wedding ceremony in Lagos on Thursday, September 22, 2022.

The couple looked incredible in their traditional outfits as they couldn’t get their hands off themselves.

In a grand reception held in their honour, MI and his wife danced to the admiration of their guests.

The wedding ceremony was attended by several celebrities and the creme de la creme of society.

Among those who attended the wedding include Banky W, IK Osakioduwa, Bright ‘Basketmouth’ Okpocha, Jesse Jags (MI’s brother) and a host of others.

MI announced in April that he was set to walk down the aisle with his then-girlfriend Eniola.

“I’m a private person. But it’s time to share a little part of my joy with you. @eniolamafe and I met in Dec 2020 and straight away I knew I had found the one,” he captioned in a video at that time.

“I am excited to announce that we are getting married this year.. and we ask for your support and blessings as we embark on this journey together. ♥️.”

The rapper recounted how he was introduced to Eniola by Audu Maikori of Choccity back in 2020.

Eniola is the founder of New Nigeria, an organization that was formed in the wake of the #Endsars protests across the country.
(Pulse)