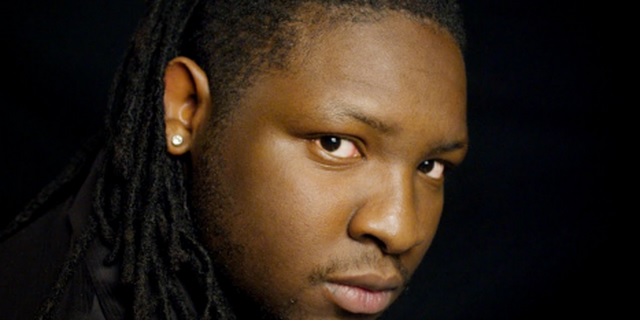 In this single we take a dive into the artists mind, seeing what it is to be the son of a super star actress Omotola Jalade Ekeinde while addressing the phrase “Omotola’s Son” which he is often described by.

Looking at 24 year old artists achievement, it is clear as to why he wants to be described as his own person and create an identity for himself.

Recall in 2014 at 15 years old, Captain E emerged 3rd at the international music conference producer showcase in Atlanta besting over 50 producers.
The event which was aimed at discovering young music producers around the world, had only young Captain E as the.
Only African representative as well as the youngest contestant in the competition. Among the judges was grammy nominated producer Jon Jon Traxx who’s worked with Beyoncé, Brandy and Mary J. Bilge with entertainment CEO Debra Antney who is responsible for the breakout of multiple high profile artists such as Nicki Minaj, French Montana and Gucci Mane.

In 2017, Captain E was nominated for the best mixing and mastering engineer at the beatz awards 3 alongside industry giants mixxmonsta and swaps proving he is a force to be reckoned with in the music space.

Competent Enough blends elements of Afrobeats, pop, electronic dance music and rock to create a unique sound and atmosphere for its listeners. This release was written, performed, produced, mixed and mastered by Captain E, with the electric guitar solos from Philip Akinkuade.
The music video is directed by Vince Boussamba and was shot in Los Angeles, California.

Popularly known as Captain E, Matthew Johnson Ekeinde Jnr, is a recording and performing Artist, Record Producer, DJ, Engineer and Songwriter. Learning how to play the piano at age 9, his love for music transcended over the years. He started making beats and remixing Afro-pop tracks in high school.

His debut releases as a producer in 2015 were “What Is The Matter” ft. Verchi and Nasiru, co-produced by NOIZ, and “Jekowale” by Verchi ft. Seyi Shay, co-produced by Enibeats. He has mixed and mastered the likes of Del’B, General Pype, Mr Eazi, Wizkid, Eddy Kenzo, Runtown, and Harrysong.

Being heavily influenced by European culture, Captain E made a shift to EDM (Electronic Dance Music) and Pop. This shift rubbed off on his first EP in 2016, titled “Sounds of Winter”, featuring other artists. Here, he had his singing debut. He decided to display his dexterity by fusing EDM and Afro-pop, to birth Afro-Electro, from which he released “Replay” ft. M-AYO in 2017.