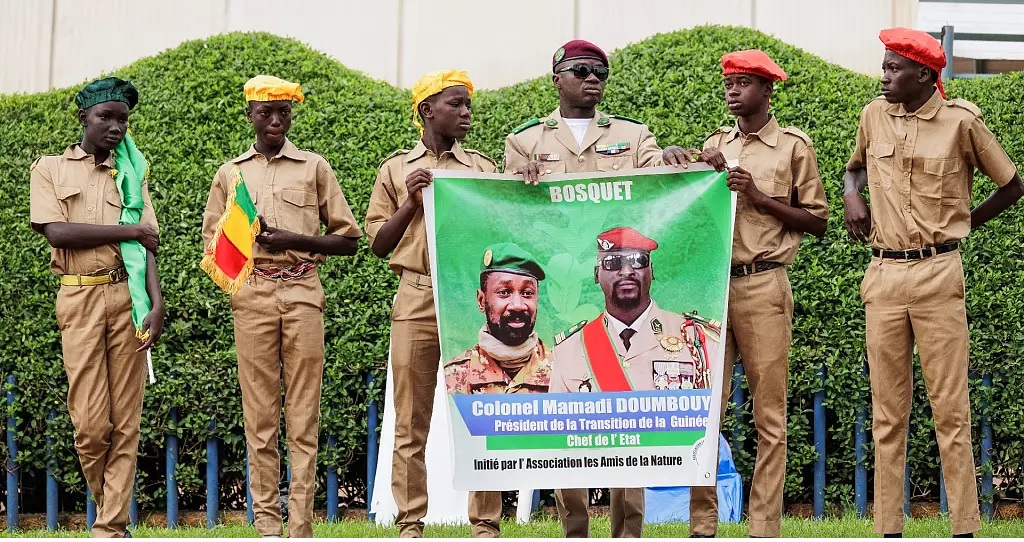 The West African nation of Mali celebrated its 62nd anniversary of independence on Thursday.

The country’s leader Colonel Assimi Goita, in charge since taking power in a coup two years ago, reviewed troops at a military parade to mark the occasion in the capital, Bamako.

He was joined at the parade by the head of Guinea’s military junta, Col Mamady Doumbouya.

Mali has faced international isolation since the military seized power.

Colonel Goita has so far failed to meet an international deadline for organizing new democratic elections and the detention of 46 Ivory Coast soldiers has caused tensions to spike with Mali’s southern neighbor.

In June, Malian authorities said they would not authorize the U.N. mission to investigate human rights violations in Mali, including the deaths of more than 300 civilians earlier this year.

Human rights groups have accused the Malian army of carrying out the killings.

France, the one-time colonial power that had fought Islamic extremism for nine years in Mali, completed its troop withdrawal from the country last month.
(Africanews)