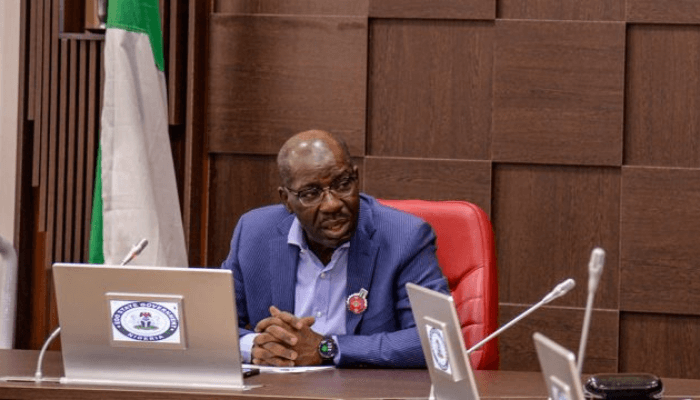 This was disclosed on Wednesday by the Commissioner for Communication and Orientation, Andrew Adaze Emwanta after the weekly State Executive Council meeting in Government House, Benin-City.

While Speaking to newsmen, the Commissioner explained that in light of scarce resources, the government needed to be lighter and more efficient.

He also said the move will reduce duplication of functions, and waste in government.

“It is worth emphasizing that this present decision of the Edo State Government is to reduce the size of governance, and also to allow for efficiency; because before now, we had a situation where functions were duplicated between ministries, departments, and agencies.

“But now the government has been streamlined to allow for a leaner government because of the present economic situation in Nigeria, and as such, the Edo State Government, under this present arrangement, will be able to deliver on the MEGA agenda.

“We had previously 22 ministries; the Edo State Government has decided to reduce them to 18. Before now, we had 105 MDAs; that number has been further reduced to 72,” he added.

The decision by the government to cut down on the number of offices can be directly linked to dwindling resources and high inflation (20.95% as of August 2022).

Recall that at the recently concluded half-year leadership retreat, Governor Obaseki had warned commissioners, permanent secretaries, and heads of agencies that the government could not afford to give the people excuses for poor performance.