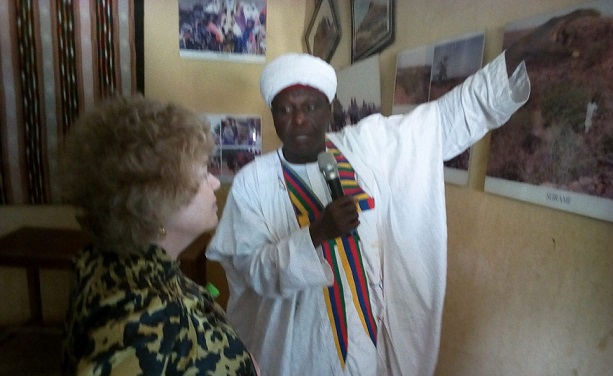 The Emir of Argungu, Alhaji Muhammad Samaila Mera has appealed to the British Government to return some of the historic artifacts of the Kabi Kingdom that were taken away during the colonial era.

The Royal father made the appeal when he received the British High Commissioner to Nigeria Catriona Laing in his palace at Argungu.

The Emir explained that some of the old artifacts went missing during the colonial rule in the kingdom “so am using this opportunity to appeal to the British Government to please help us return all our missing artifacts to Kabi Royal Palace.

The Emir who was represented by the High Chief of Argungu Emirate Council, Alhaji Ibrahim Hassan, while condoling the British government and the people over the death of Queen Elizabeth,  noted that the history of Nigeria would not be complete without mentioning the role of the United Kingdom.

Earlier, the British High commissioner Catriona Laing appreciated the warm reception accorded to her and her team at the emir s palace She explained that the state Governor Atiku Bagudu had told her many things about the state in the areas of culture particularly the Argungu Fishing Festival, economic history, and how the state was united by the peculiarity of existent of four emirates.

Laing also visited the Kanta Museum, Fulani Ruga, where she was taken around to see the rich cultural heritage of the people; she equally visited Wacot Rice Mill in Argungu where she interacted with the management and staff of the company.

#BBNaija: Chomzy speaks on possibility of relationship with Groovy despite Pyhna & Beauty factor