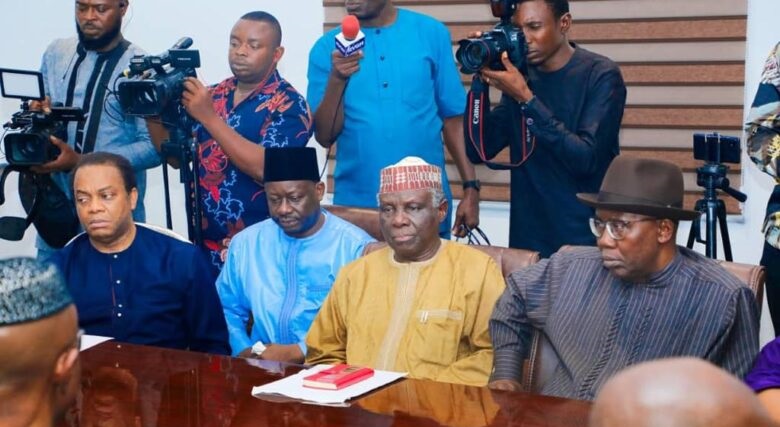 Members of Rivers State Governor, Nyesom Wike’s camp have pulled out of the Atiku Abubakar presidential campaign over the refusal to resign by the National Chairman of the Peoples Democratic Party (PDP), Senator Iyorchia Ayu.

A communique issued after a meeting held during the early hours of Wednesday in Port Harcourt disclosed.

Reading the communique, a PDP Chieftain, Bode George said that Governor Wike’s team had resolved to pull out of the campaign council until Ayu resigns as an acting Chairman of Southern extraction.

“The published presidential campaign council list translates to putting the cart before the horse; the pertinent issue remains the Ayu leadership.

“We, therefore, resolve that senator Iyorchia Ayu resigns as the national chairman for an acting chairman of southern Nigeria extraction.

“We resolved not to participate in the campaign council in whatever capacity until the resignation of Dr Iyorchia Ayu,” the communique read in part.

ThisNigeria reported that there have been persistent calls for Ayu’s resignation following the emergence of Atiku as the PDP presidential flagbearer.

However, he has refused to step down, saying he was elected for a period of four years and would only step aside after his tenure.