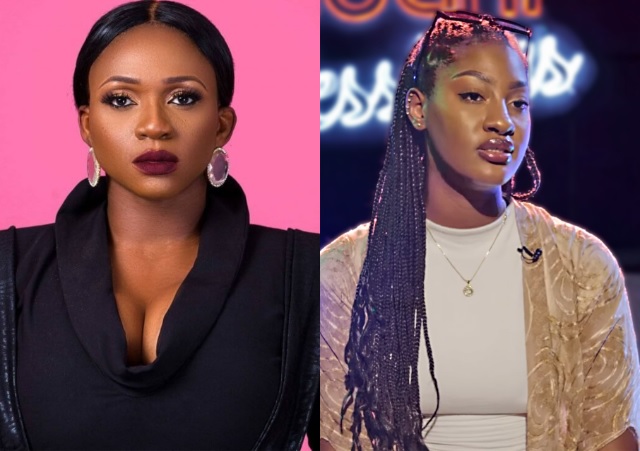 Tems, try Me hitmaker, has stirred reactions from fans on social media after responding to a recent request made by a senior colleague, Waje.

Recall it was earlier reported that Waje took to her official Twitter page with a post in which she expressed interest in working with Tems on a joint project.
“Imagine Tems and I on a track,” the Omniknowest hitmaker tweeted as she urged fans to help her get the message across to Tems.

Recall that GISTLOVER reported that, Popular fast-rising singer Temilade Openinyi, a.k.a Tems who recently released a rare photo of her mother has shared a bitter experience of her life before fame.

According to Tems, life was not easy for she and her mom as they past through difficult times, one of which was when her mother was attacked by someone who broke into their house and held her at knife point.
And at a point in their tough life, she quit her job and took permission from her mother to venture into music which totally changed their lives.

Speaking further Tems said she will be dedicating one of her hit tracks, ‘Mr Rebel’ to her mother.
(Gistlover)

Maren Morris may not attend the CMA Awards