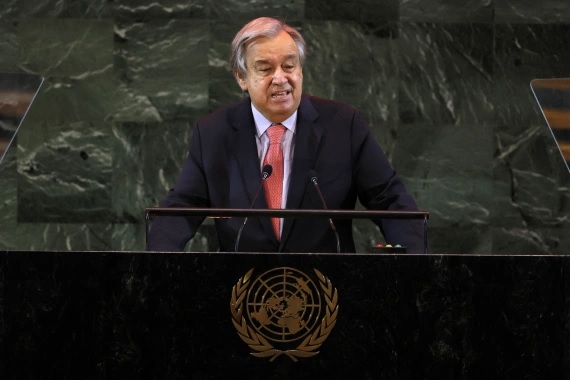 The United Nations’ annual summit returned in person for the first time in three years on Tuesday, with UN chief Antonio Guterres warning in his opening speech of an upcoming “winter of global discontent” from rising prices, a warming planet and deadly conflicts.

The 77th General Assembly meeting of world leaders convenes under the shadow of Russia’s invasion of Ukraine, which has unleashed a global food crisis and opened fissures among major powers in a way not seen since the Cold War.

In remarks ahead of the summit, Guterres said the world is in “great peril”, and must tackle conflicts and climate catastrophes, increasing poverty and inequality – and address divisions among major powers that have gotten worse since Russia invaded Ukraine.