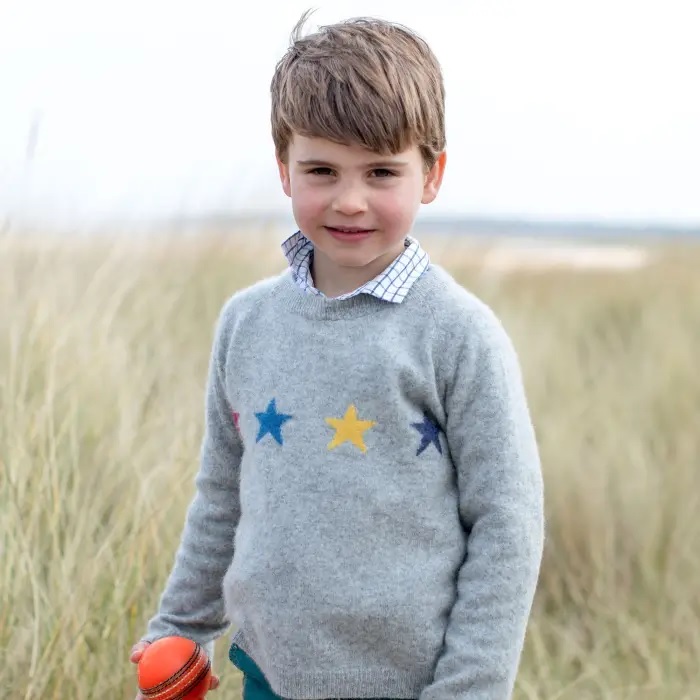 One of Queen Elizabeth II’s great-grandchildren was not in attendance at her funeral.

While Prince George, 9, and Princess Charlotte, 7, joined members of the royal family—including their parents Prince William and Kate Middleton—for the Queen’s state funeral at Westminster Abbey on Sept. 19, their younger brother, Prince Louis, 4, remained at home.

In addition to Louis likely not attending because of his young age, Kate revealed just a few days before the service her and William’s youngest child has had trouble understanding the significance of his great-grandmother’s death.

In particular, the Princess of Wales revealed that Louis has been curious about how the Queen’s death with affect their annual family trips to Balmoral Castle in Scotland, telling as such to Australia’s Governor-General, David Hurley, at a Commonwealth leaders reception held at Buckingham Palace on Sept. 17.

“The younger one is now asking questions like, ‘Do you think we can still play these games when we go to Balmoral?’ and things like that,” said Hurley in a video obtained by Daily Mail, “‘because she’s not going to be there?'”

As for how Louis’ big brother George, who is second in line to the throne, is coping? According to Hurley, the young royal is “now realizing how important his great-grandmother was and what is going on.”

William and Kate have been open about how their children are grieving the Queen’s death, and shared updates on their wellbeing with members of the public paying their respects to the late monarch at Sandringham Estate on Sept. 15.

“They’re in school, being well looked after,” Kate can be seen saying in a Twitter video. “They’re in a routine and they’re happy. They’re with new friends.”

William mirrored his wife’s words, stating in another video that his kids were “settling in,” adding, “We’re trying to keep everything constant and settled for them.”

While Louis may not fully grasp the importance of the Queen’s death, he does know how to comfort his family. Kate previously shared, “Louis said at least Grannie is with great grandpa now.”

On the day of the Queen’s passing, all three kids were at their first official day at Lambrook School in Berkshire, England, after attending a session for new pupils the day prior.

Her Majesty will be laid to rest at St. George’s Chapel at Windsor Castle following her funeral on Sept. 19, the same resting place as her husband, Prince Phillip, Sister Princess Margaret and parents, King George VI and Queen Elizabeth The Queen Mother.
(E online)

Why African leaders were bussed to Queen Elizabeth II funeral