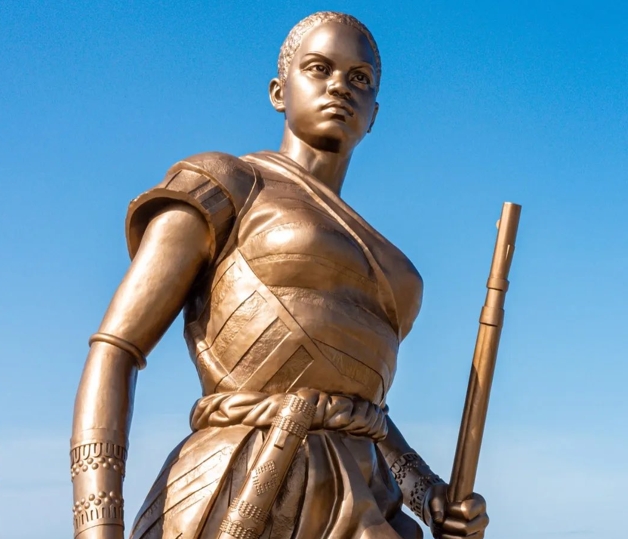 Overlooking Cotonou, this 30-meter bronze statue of a historic female warrior known as the Amazon of Dahomey, was inaugurated a few weeks ago.

It is here that the premiere of the film “The Woman King” took place on Saturday. The Hollywood production depicts the Beninese female warriors who fought against French colonial rule more than a century ago.

“It is a pride for all Beninese to have a film that was made especially in the effigy of the Amazons. And not just any movie, it’s a Hollywood movie and it’s a movie that comes from the biggest movie producing country, I named the United States.

Frankly it is a great pride for me and it is really a pride to see it before the majority of Beninese. Frankly I’m excited, I’m bubbling,” said Aureliot Lainé, a resident of Cotonou.

The blockbuster released in the United States a few days ago has been received positively by movie critics. Some Beninese, discovering the first images of the film, hope that their country will be able to tell these stories with local nuance one day.

“To see and hear the dahomey, to see a little bit how it relates us to our roots, to our history. With the statue of the Amazon, with Bio Guéra at the airport (a great warrior who fought against the French colonists), everything brings us back to our roots.

From now on it should bring us to produce something like this. We saw it last time with a film that was purely shot in Benin, maybe we’ll dream that we’ll have an Amazon film that comes out of our industry and then it will be the victory of cultural identity,” Fifa Gandonou, a journalist said.

The film depicts the real life of the female warriors of the Dahomey kingdom in the 19th century.

The female army of the Dahomey kingdom also inspired the female fighters in “Black Panther,” a film that has generated $1.3 billion in revenue worldwide.
(Africanews)