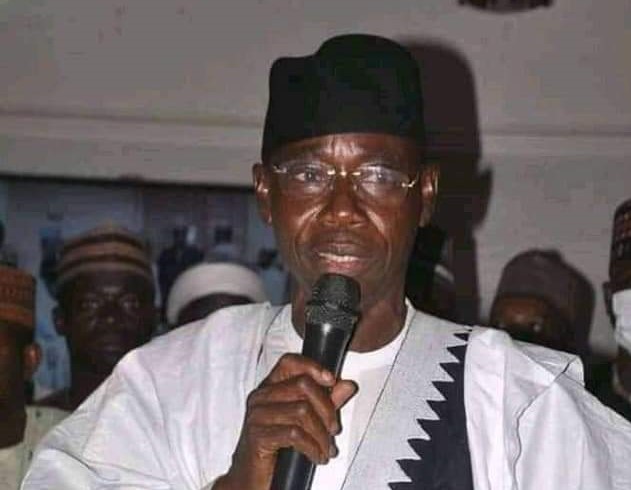 Sokoto State Chairman of the All Progressives Congress (APC), Alhaji Isah Sadeeq Achida says from 2023 the Peoples Democratic Party (PDP) will not govern the state again.

The party chairman made the remarks at the zonal stakeholders meeting held on Sunday at the party secretariat in Sokoto.

He said PDP is working tirelessly not to allow what happened in the 2019 general elections in the state to repeat itself in 2023.

Achida said APC is fully on the ground in Sokoto state and set to grab power from the unserious PDP administration.

The zonal stakeholders meeting is so important that elders and leaders of the party across 23 Local Government Areas in the state were made to rub minds on how further to address party issues ahead of the start of electioneering campaigns, he added.

Achida told stakeholders that the party has received no fewer than 9,000 defectors just as the meeting was convened for party elders and leaders at the state, local government, and ward levels in batches.

“APC will soon wrestle power from PDP by every legitimate means through the ballot boxes come 2023.”

Achida boasted of APC’s capacity to dwarf its arch-rival, PDP.

“Our party is waxing stronger and committed at the grassroots with increased popularity coupled with daily defection from PDP.

“We are focused and determined in the journey for victory despite opposition. All things being equal, the mantle of leadership will come our way,” he stressed while appreciating Wamakko’s political dynamism.

He urged supporters and loyalists of APC to sustain the good work, and also acknowledged the display of members’ loyalty that has over time united the party as a force to beat in Sokoto state.

The Sokoto State APC Gubernatorial Candidate, Alhaji Ahmed Aliyu Sokoto said the reign of PDP in Sokoto was almost over, pointing out that it has failed the expectations of Sokoto people in all respects of development.

According to him, if voted into power, he would not only carry everyone along but consolidate on the legacies of his father and mentor, former Governor, Senator Aliyu Magatakarda Wamakko.

“It is our desire to emerge victorious, so we can run an acceptable, listening, and vibrant inclusive government that would add value to the people of the state,” he assured.

The Minister of Police Affairs, Muhammadu Maigari Dingyadi emphasized the need for more responsive engagement and strategies, for the PDP’s determination to reclaim its mandate.

According to Dingyadi, our strength and collective unity will always translate to victory with continued sacrifice and commitment.

“No doubt that APC,  its leaders, and members in Sokoto state are building the bridge for victory because we have an active and responsive hierarchy of leaders at the state, local government, and ward levels with the capacity to ensure the prosperity of the party,” he mentioned.

The Chairman, Elders committee of the party, Abdullahi Aminu Tambari said with the continued defection into the party, it clearly indicates that APC is coasting to victory in the state come 2023.

However, Tambari advised candidates of the party to always open their doors to elders and party leaders at the grassroots for suggestions, observations, and complaints for the collective pursuit of the desired victory in 2023.

“We will bury PDP in Sokoto state,” he vowed.