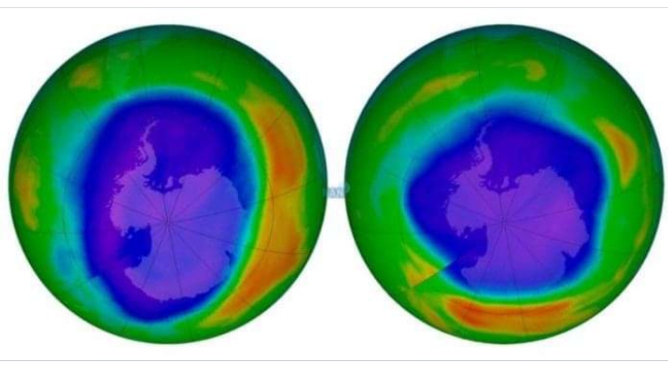 The Minister of Environment, Mr Mohammed Abdullahi, stated this at the commemoration of World Ozone Day, (WOD), with the theme “Montreal Protocol at 35: Global Cooperation Protecting life on Earth”, held in Abuja.

Stallion Times gathered in a report from the News Agency of Nigeria (NAN) that Abdullahi said the theme highlighted the protocol’s positive impact on the Ozone Layer and Climate over the past 35 years.

The minister said that the theme also recognized its wider impact on climate change and the need for global cooperation to further address the challenges of Ozone Layer Depletion and climate.

He said that the government in line with the protocol’s ODS phase-out schedule had assisted over 700 Large, Small and Medium Scale enterprises.

Abdullahi said that the assistance was in foam, refrigeration and air conditioning, aerosols, and solvent sectors, adding that the effort was to convert to Ozone friendly substances and technologies.

He said that the commitment resulted in a 100 percent phase-out of over 4,000 metric tons of ODSs, with high Ozone ODPs.

The Minister revealed that about 26 institutions, polytechnics, and government technical colleges, were identified and equipped to serve as training centers on good refrigeration practices.

“Therefore, we have trained the trainers from the identified canters and developed training manuals on good refrigeration practices.

“However, we have trained more than 850 chemical regulatory and enforcement officers on the identification of ODSs, to ensure their effective control and provided the relevant agencies with ODSs refrigerants’ identifiers,’’ he said.

Abdullahi said that the ODS phase-out activities were achieved with support from the Multilateral Fund (MLF) for the implementation of the Montreal Protocol to meet its compliance obligations.

He said that under the refrigeration and air conditioning servicing sector, a lot had been achieved through the support of the United Nations Development Program (UNDP).

Abdullahi said that Nigeria had ratified the Kigali Amendment, adding that it had also come into force.

He said that the implementation of the amendment would provide an opportunity to adapt ozone and climate-friendly technologies and improve energy efficiency in the cooling sector.

“In order to establish a regulatory framework for its implementation, my ministry updated the existing Ozone Layer Regulations (2009).

“This is to include provisions and guidelines for the phase down of Hydrochloro-fluoro-carbons (HFCs) in line with the amendment.

“The updated regulation is now known as the Ozone Layer Protection and HFCS Phase Down-Regulation 2022.

“We will continue to work with other relevant agencies for effective enforcement of the regulations,’’ he averred.

The minister was represented by the Director, of Pollution Control and Environmental Health of the Ministry, Mr Charles Ikea.

The UNDP Program Manager, Mr Oladipo Osibo, said that the ozone layer was important in protecting lives on earth.

Osibo said that the essence of celebrating the preservation of the Ozone Layer was to raise awareness of the importance of the ozone layer and other living things on the surface of the earth.

He, however, encouraged Nigerians to do all that could be done, by intensifying efforts in ensuring that the earth was protected.