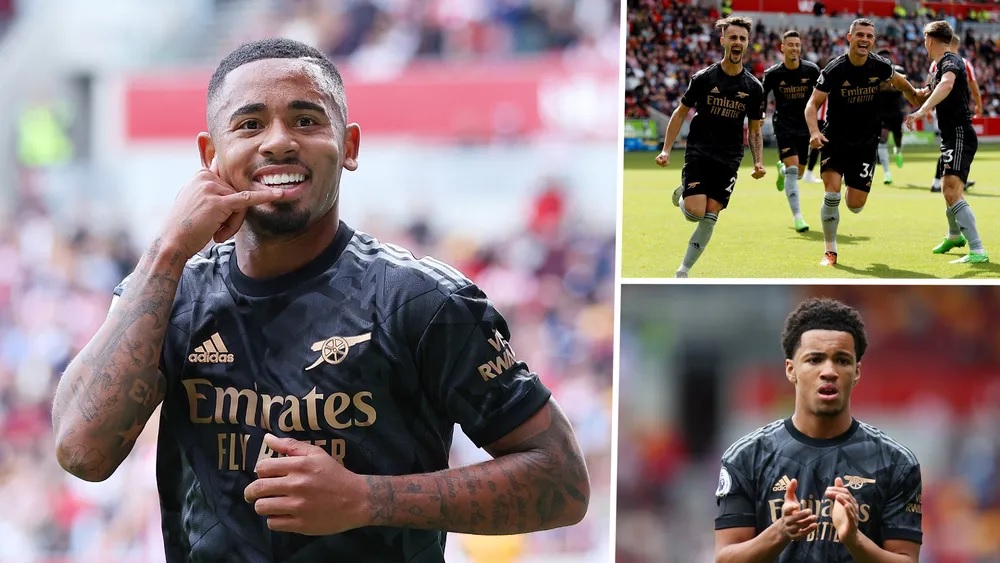 The Gunners returned to the top with a thumping 3-0 success at Brentford, and also introduced 15-year-old Ethan Nwaneri to the Premier League.

Arsenal enjoyed a near-perfect afternoon as they bounced back from their defeat at Manchester United with a thumping 3-0 win at Brentford on Sunday.

From the moment William Saliba headed them in front on 17 minutes, Mikel Arteta’s side were in cruise control and further goals from Gabriel Jesus and Fabio Vieira saw them return to the top of the Premier League.

It was a wonderful performance from the Gunners, with Granit Xhaka imperious in the heart of the midfield.

The Switzerland international set up Arsenal’s second goal of the afternoon with a curling cross which Jesus met with a thumping header.

And Vieira, making his first Premier League start in place of the injured Martin Odegaard, crashed home a sensational third soon after the interval to open his account for his new club.

The win moved Arsenal back above Manchester City and Tottenham into top spot in the Premier League ahead of the international break.
(Goal)