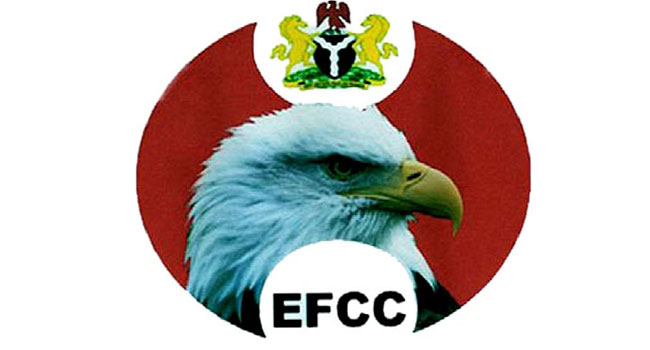 A Civil Society Organization, (CSO), Social Integrity Network, (SINET) has appealed to President Muhammadu Buhari and the Executive Chairman, Economic and Financial Crimes Commission, (EFCC), Mr. Abdulrashid Bawa to check the excesses of the Ilorin Zonal Head of the agency, Michael Nzekwe, over what they termed as witch-hunt of investors in Kwara State.

The Group noted that as part of the backward integration policy of the federal government, it is expected of manufacturers to depend heavily on the solid minerals available in the land for production processes among others

At a press conference held in Lagos on Thursday by its national coordinator, Mr. Oluseyi Adedoyin, the CSO expressed sadness over the unfortunate incidence of unlawful arrest of legal Miners in Kwara State by the EFCC calling on President Muhammadu Buhari and the EFCC Chairman, Mr Abdulrashid Bawa to order urgent replacement of Mr. Michael Nzekwe with immediate effect.

SINET also attributed the continuous arrest of innocent investors both locals and foreigners to an act tantamount to abuse of power, deliberate attempt to impoverish the state by chasing prospective investors from the state stressing, “Mr. Nzekwe is fanning the ’ember’ of crises in the state.

It was gathered that Micheal Nzekwe was dismissed in February, 2014 by EFCC for desertion which is a serious offence against discipline going by the provisions of Section 43(e) (i) of the EFCC Staff Regulation which states that “Any officer who wilfully absents for twenty one (21) consecutive days shall be guilty of the offense of desertion and shall be dismissed from the Commission as a deserter.”

According to the EFCC statement of defense, he was directed to seek approval for his casual leave of 7 days before travelling overseas which he did not and later absconded for 21 days.

A source at the commission said he has a record of not obeying constituted authority.

He contested his dismissal at the National Industrial Court and was ordered to be reinstated in October, 2015, according to the judge; he should have be tried and punished on disciplinary offences as provided by the rules.

According to Oluseyi Adedoyin: “He doesn’t honour the licenses and documents issued by the Federal Ministry of Mining and Cadastral being the agency in- charge of authorization of mining activities in the country.

He doesn’t respect anybody and he is already over stepping his boundaries and perpetrating huge sum of tribalism and religious sentiments in the state.

“He spares Igbo of any offence the commit and ensure that he victimise people of other tribes. That has being his stock in trade since his assumption of office in April 2022. We are in support of EFCC going after Internet fraudsters, financial crimes offenders and cybercrime thieves but we are totally against creating religions crises and ethnicity in the state. Don’t let foreign investors desert our land.

He further stressed that, “Nigerians are guided by laws and not by anyone’s assumption.

Let Mr. Nzekwe respects the law and stop harassing innocent souls. His conducts does not actually reflect nor portray the ethics of a patriotic Nigerian. All his acts are unwarranted, unacceptable, and totally condemnable.”