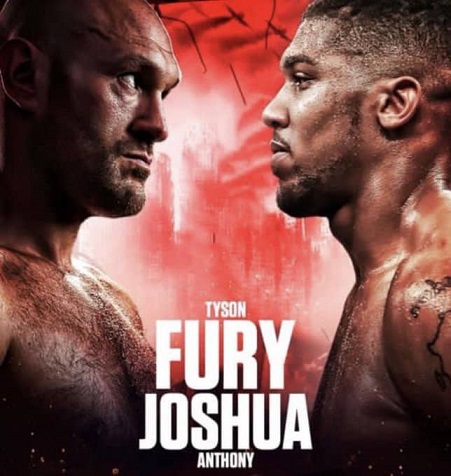 Even though Anthony Joshua last victory was in 2020 when he beat Kubrat Pulev, WBC president Mauricio Sulaiman explains how he has gone straight into their world top 10. Sulaiman confirms AJ is now eligible to challenge Tyson Fury for the WBC heavyweight championship.

Although Joshua failed to win back the WBO, WBA and IBF heavyweight titles following his 2 losses to Usyk. That defeat has actually freed him up to challenge Fury for the WBC belt.

Anthony Joshua needed this ranking to be an acceptable opponent for Fury to make a voluntary title defence against. Furthermore, there are no current mandatory obligations for the WBC title that would stop Tyson Fury from fighting Joshua on their proposed date of December 3.

The good news is the heavyweight that will have eventually become the mandatory challenger for the WBC belt won’t be determined at least until November at the WBC’s convention, with bouts taking place before then being designated as eliminators, like Andy Ruiz’s win over Luis Ortiz and Deontay Wilder’s upcoming contest with Robert Helenius in October.

The WBC is no obstruction to Anthony Joshua challenging Tyson Fury for their title and attempting to become a three-time heavyweight world champion. All the fighters and their teams need to do now is agree a deal.

The reigning WBA, WBO, IBO and IBF champion Usyk offered his services to Joshua ahead of the fight by insisting that he will be on hand to assist in training if he is asked to between now and the start of December.

The Ukrainian believes he is the man who can help Joshua defeat Fury and first made the training offer last week.

No Joshing around as Anthony Joshua management company recently claimed they have accepted the terms, with official paperwork due to be sent.

Fury’s promoter Frank Warren said the contracts are on their way. This fight isn’t on until it’s signed. This is a fight everybody wants it to happen, there are not any obstacles in the way, so hopefully, they quickly get it over the line, but until it is signed it is not on.

Over 1,868 APC Supporters Defect to PDP in Sokoto