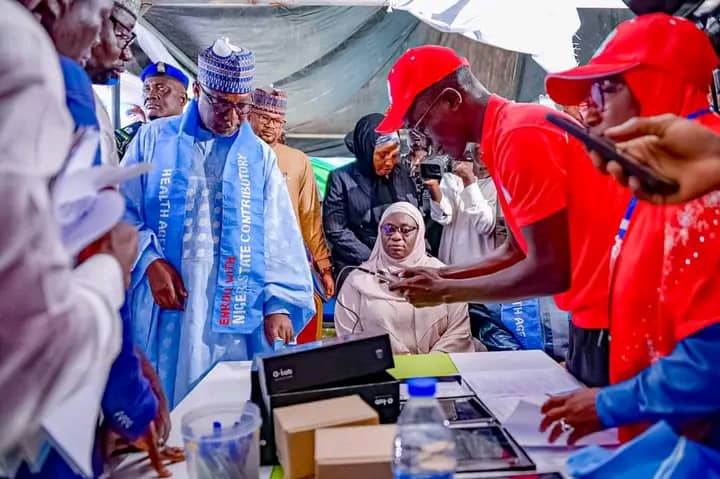 Governor Abubakar Sani Bello has launched the Niger State Contributory Health Scheme (NICARE), and set aside equity funds from the consolidated revenue in the 2022 budget appropriation to take care of the poor and vulnerable groups in the state.

Mary Noel-Berje, the spokesperson to the governor in a statement, Wednesday, said he made the disclosure during the launching of the Niger State Contributory Health Scheme in Minna.

The governor implored the well-to-do in the society to support the vulnerable ones to have access to health care provisions.

The statement quoted Governor Bello saying: “I also wish to encourage political leaders, well-to-do individuals in the state to support the enrolment process of the less privileged in our society as the 1% Consolidated Revenue set aside by the government for the program may not be enough”.

According to the statement, the Governor said the state took interest in introducing NICARE to protect families and households from catastrophic out-of-pocket expenditures in seeking much-needed healthcare services.

“Niger State Contributory Health Scheme was conceptualized as a vehicle for ensuring that all residents of the State, irrespective of their socioeconomic status, enjoy access to quality healthcare services without suffering undue financial hardship.

“The NICARE is for both the formal and informal sectors which would be made compulsory for all residents.

“I will soon sign an executive order mandating compulsory enrolment of all residents in the state. I, therefore, encourage everyone to key into this laudable initiative so that we will all benefit optimally from the services of the scheme,” he said.

The Governor commended all the various stakeholders that contributed to the success of the establishment and for the development of the health sector.

In their separate remarks, the Commissioner for Health, Dr. Muhammad Makusidi, and the Executive Secretary, NICARE, Dr. Mohammed Usman explained that the Niger State Contributory Health Scheme is a healthcare financing reform that would operate on the principles of harmony, risk-sharing, and pooling of resources for the provision of affordable, accessible and qualitative healthcare to all Nigerlites on a sustainable basis.

The health executives stated that high maternity and child mortality among others were the reasons for the scheme in the state.

Representatives of the National Healthcare Insurance Agency and Result for Development (R4D), in their goodwill messages, commended Niger state for taking the lead in terms of enrolment, digitalization, monitoring, and evaluation among Kwara and Kogi states.

Highlights of the event were the symbolic enrollment of the Governor, his wife, the Deputy Governor, and other dignitaries as well as a variety of cultural displays by the State Troupe, the Gwape International.

SOSG Crackdown on Lotteries, Others – Hausawa