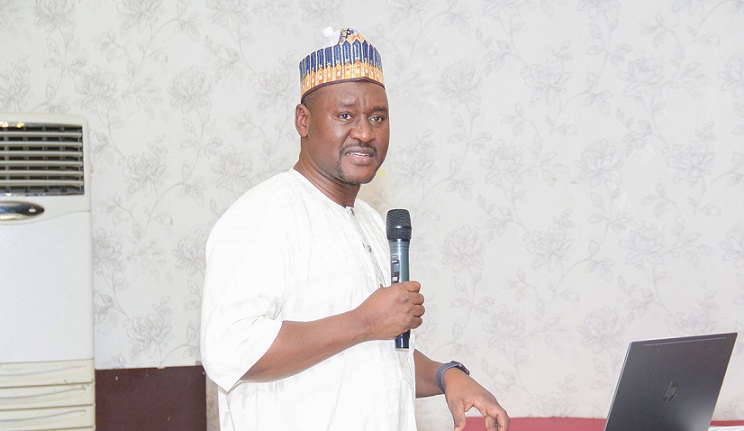 Civil Society Legislative Advocacy Center, CISLAC, and Transparency International – 🇳🇬 Nigeria have expressed worries over the ripple effects the award of the pipeline surveillance contract will have on the drive for good governance.

These reservations were contained in a statement, Monday, by the Executive Director, CISLAC, and Head, Transparency International-Nigeria, Auwal Ibrahim Musa (Rafsanjani).

On the 23rd of August 2022, the news that hit the airwaves was a pronouncement by the Group Chief Executive Officer, of Nigerian National Petroleum Company Limited (NNPC ltd) Mr. Mele Kyari of an award of Forty-Eight Billion Naira (#48bn) worth contract annually to an ex-militant Mr. Government Ekpemupolo, alias Tompolo, for the purposes of surveillance on the national pipeline facilities.

This should not just come as a surprise but also brings some hydra-headed questions to the table against the effort to ensure good governance in Nigeria.

This whole process is not just shrouded in opacity but also creates room for so much more impunity than good governance.

Let us ask some basic questions:

1. In February 2016 the Economic and Financial Crimes Commission declared Mr. Government Ekpemupolo, alias Tompolo the beneficiary of the purported contract as a wanted person as is still reflected as such on their website. And here another agency acting on behalf of the same government had not only found him but went ahead to issue him with a huge contract worth such a fortune. So how are we really faring in the supposedly anti-corruption war in Nigeria?

2. what is the value of the investments and allocations made from the national treasury to the numerous security paraphernalia in Nigeria if an EX-militant is seen to be more competent to deliver on security issues than the entire armed forces of the Federal Republic of Nigeria?

3. Who oversight the procurement process of this award, were there bids, and what process led to his emergence on this award, or is our bureau of public procurement also an incompetent institution that couldn’t deliver on a free and equitable process? On the other doesn’t the law have clear stipulations on contract awards in Nigeria?

4. On August 26, 2022, it was published that a rival group came up to threaten the feasibility of the execution of the contract for the reasons of lack of consultation before choosing whom the government choose for the job and thereby threatening the propensity to deliver on the expected result as anticipated by Mr. Kyari in his statement.

5. Why is it still unclear on the status of NNPC ltd? Is it still an agency of government given a contract on behalf of the government or a commercial entity that should be running their cost based on performance and have their operation approved by the governing board of that establishment?

With these issues as raised, we call on the federal government of Nigeria to retrace its steps on the decision carried out on the award of this contract as we do not see any possibility of it delivering a good result to the entire value chain as an x-ray.

We call on the government to stop paying lip service to security issues and strategically work the numerous outfits within the security architecture in the country and proffer a lasting solution to the problem as these makeshift arrangements will only breed future challenges to the system.

We call on the government of Nigeria through this present administration to try and show some respect to the commitments that brought them to power – the fight against corruption – this has not fared any well in the long run as seen till now by this administration.

It is never late to make some impact within the short period remaining for this administration or they can desist from making more dangerous mistakes that will further plunge the country into more danger.