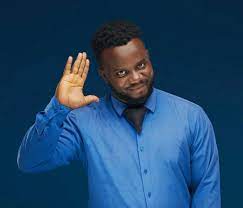 Nigerian Instagram comedian and skit maker Chukwuemeka Ejekwu popularly known as Sabinus has been involved in a car accident.

According to several reports, the comedian was driving in Lagos when a drunk driver rammed into his car.
The car could be seen from pictures taken at the scene to be damaged.

Thankfully, the comedian did not sustain any serious injuries.

This is coming hours after it was reported that the comedian had gone to propose to his girlfriend at her father’s house.

The popular singer was in the SUV alongside some other passengers during the crash.
While giving his account of the accident, the singer narrated how he came out of the accident unhurt.

“If you saw the accident scene that I came out of, you can never believe that I walked out of that scene alive. And to think that we were coming here…and I said lemme sleep a bit and the next thing I just knew we were somewhere,” he said.

The music star went on to perform at the church event where he was invited to minister.
(Pulse)