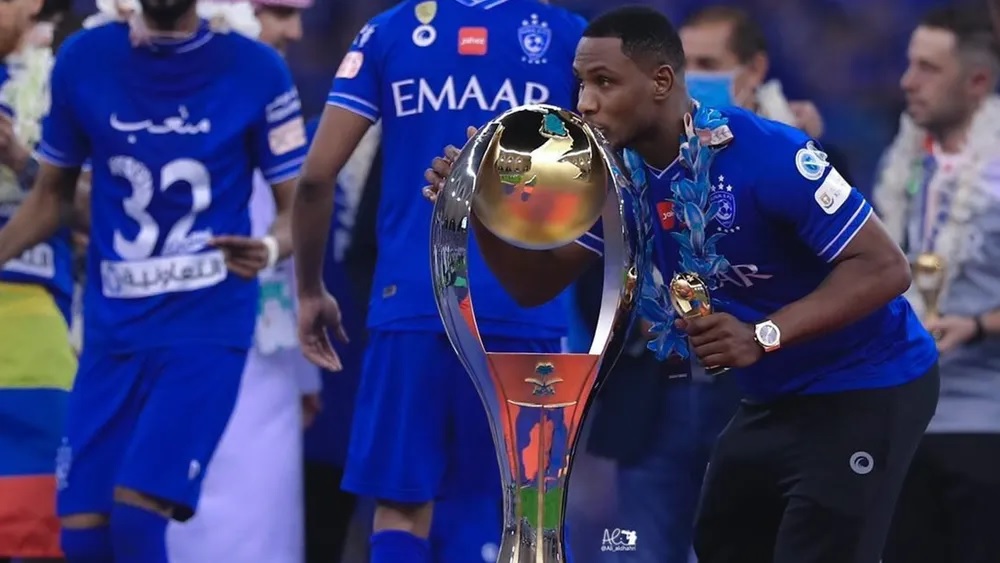 Nigeria international Odion Ighalo was among the goals Scorers as Al Hilal needed penalties to defeat Zamalek 4-1 after a 1-1 draw in regular time and lifted the Lusail Super Cup on Friday.

The Super Eagles forward scored the opening goal for Al Hilal in the 18th minute but the Egyptian giants levelled matters in the 33rd minute courtesy of Zizo to take the game into extra-time.
With extra-time not producing a winner, the game went to penalties and the Super Eagle stepped up to take the first kick which he scored.

Zizo took the first penalty for Zamalek which was saved while Salem Al Dawsari made no mistake converting the second for Al Hilal.

Ahmed Fatouh took the honours for Zamalek’s second penalty which he scored while Luciano Vietto made it 3-1 for Al Hilal. Mahmoud Hamdi then killed Zamalek’s hopes after he fluffed his penalty wide and Andre Carrillo stepped up to wrap up the game for Al Hilal.

During the fixture at Lusail Iconic Stadium, the 33-year-old Ighalo forced Zamalek goalkeeper into three crucial saves before he scored the opener in the 33rd minute.

The Super Eagle is already having a great season with Al Hilal in the Saudi Pro League. He scored two goals from three matches in this campaign.

His first came in the 2-0 season-opening win against Al-Khaleej at Prince Mohamed bin Fahd Stadium on August 25 and the second was at the same venue, another 2-0 win against Al Feiha on September 4.

Last season, Ighalo who moved to Al Hilal from Al Shabab, managed 13 appearances in the top-flight and scored 12 goals.