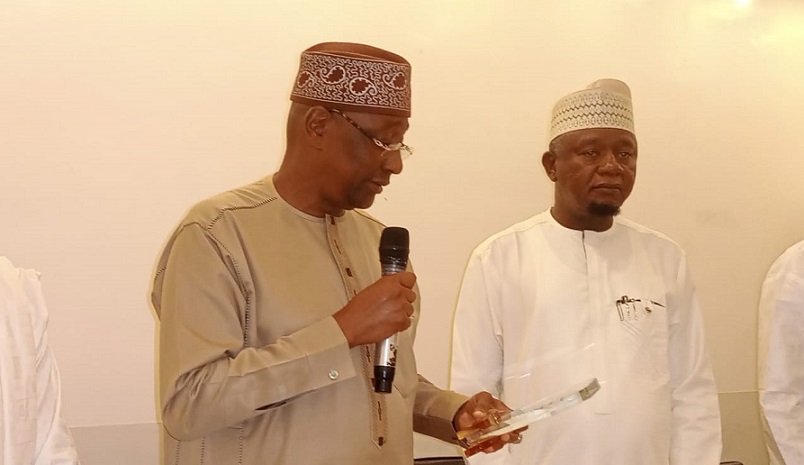 Kano State Commissioner for Information, Malam Muhammad Garba has said that the state civil service stands to benefit from the vast experience of the Head of Service (HoS), Alhaji Usman Bala Muhammad.

This was contained in a statement, Monday, by the Director Special Duties, Kano State Ministry of Information, Sani Abba Yola.

According to the statement, Garba said having worked with him at different times since 1999, Usman’s administrative acumen has impacted positively on the civil service.

Garba, who made the observation at a dinner organized by the staff of the ministry in honor of the Head of Civil Service on his appointment held at Tahir Guest Place Hotel, Kano, stated that all those who have worked with the celebrant, friends, and associates are confident in his ability to take on the onerous responsibility.

The commissioner added that the administration of Governor Abdullahi Umar Ganduje is worker friendly, hence its prioritization of their welfare to enable them to attain an enviable position in the service, by ensuring timely promotion.

The HoS, who doubles as acting Chief of Staff to the governor, Alhaji Muhammad said he feels honored with the dinner organized by the staff of the ministry.

He said of all the Ministries, Departments and Agencies he served in the state, ministry of information is among the best.

Also speaking, Permanent Secretary in the state ministry for local government, Alhaji Ahmad Sagagi described the HoS as a man of substance whose contribution to the service is enormous.

Permanent Secretaries, Head of Agencies and Directors from various MDA’S attended the event.