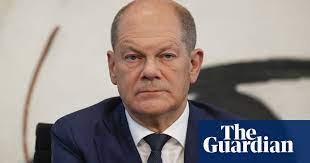 Germany has announced a €65bn (£56.2bn) package of measures to ease the threat of rising energy costs, as Europe struggles with scarce supplies after Russia’s invasion of Ukraine.

The package, much bigger than two previous ones, will include one-off payments to the most vulnerable and tax breaks to energy-intensive businesses.

Energy prices have soared since the February invasion, and Europe is trying to wean itself off Russian energy.

President Volodymyr Zelensky said Russia was trying to destroy the normal life of every European citizen. In his nightly address on Saturday, he said Russia was preparing a “decisive energy attack on all Europeans”, and only unity among European countries would offer protection.

And in a BBC interview broadcast on Sunday, his wife Olena said that if support for Ukraine was strong the crisis would be shorter. She reminded Britons that while rising living costs were tough, Ukrainians were paying with their lives.

According to website Politico, European Union officials have warned there is likely to be a crunch point in the coming months when countries start to feel acute economic pain while also still being asked to help the Ukrainian military and humanitarian effort.

There are already small signs of discontent, with protesters taking to the streets of the Czech capital Prague on Sunday, rallying against high energy prices and calling for an end to sanctions against Russia. Police said about 70,000 people, mainly from far-right and far-left groups were in attendance.

Meanwhile, several hundred protesters gathered at Lubmin in north-eastern Germany, the terminal of the Nord Stream gas pipeline from Russia.

They were calling for the commissioning of Nord Stream 2, a new pipeline which was about to go online but was blocked by the German government after the invasion.

Two days ago, Russia said it was suspending gas exports to Germany through the already operating Nord Stream 1 pipeline indefinitely.

The stand-off with Russia has forced countries like Germany to find supplies elsewhere, and its stores have increased from less than half full in June to 84% full today.

German Chancellor Olaf Scholz told journalists Germany would get through the winter, adding that Russia was “no longer a reliable energy partner”.

He said the government would make one-off payments to pensioners, people on benefits and students. There would also be caps on energy bills.

Some 9,000 energy-intensive businesses would receive tax breaks to the tune of €1.7bn.

The latest package brings the total spent on relief from the energy crisis to almost €100bn, which compares to about €300bn spent on interventions to keep the German economy afloat during the Covid-19 pandemic.

UK Tory leadership hopeful Liz Truss has said she will announce a plan to deal with energy costs within a week if she becomes prime minister on Tuesday.

And EU energy ministers are due to meet on 9 September to discuss how to ease the burden of energy prices across the bloc.

A document released about the meeting says the agenda will include price caps for gas and emergency liquidity support for energy market participants, Reuters news agency reported.

The run ends for Arsenal