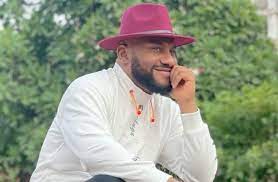 Nollywood actor Yul Edochie has described all those concerned about his lifestyle as witches.
The movie star made this known via his Twitter page on Wednesday, August 31, 2022.
“If my lifestyle which doesn’t concern you is paining you, giving you headache and sleepless nights then it’s confirmed. Simple and short. YOU ARE A WITCH,” he tweeted.

Edochie has come under severe backlash on social media since he got married to a second wife.

In May, a few days after Edochie revealed that he had gotten married to a new wife, May expressed her displeasure over his move.

“My phones are buzzing once again due to the OLD video trending online today. My family and faith ABSOLUTELY do NOT practice polygamy, although it works for some people,” she wrote on IG at that time
On Wednesday, April 27, 2022, the actor unveiled his new family on social media.
The movie star’s first wife later released a statement where she revealed that she went through depression after he took another wife.

“Some people are saying May is using this to cash out. I don’t wish this against my enemy. Depression is real. And there are different stages of depression. For me rather than dwell in depression, I decided to pick the pieces of the beautiful world I had, a very beautiful world that I had,” she said.

“An amazing family that suddenly shattered and I decided to pick up the pieces and try to move on rather than dwell in depression. It has not been easy. I’m glad that I look happy and appear strong.”
“I’m glad that I have been able to go out there and do stuff. It is because of the love and support from my family and you guys. The love has been massive. These are the things that have kept me going.”

May has never hidden her disapproval over the decision of her husband to take a new wife.
(Pulse)