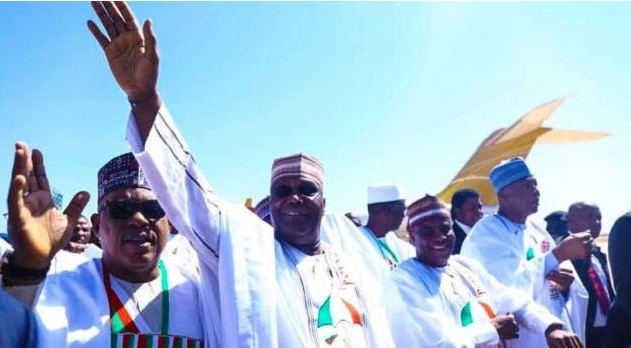 The Peoples Democratic Party (PDP) presidential candidate, Alhaji Atiku Abubakar, in a stakeholder meeting in Kano on Tuesday warned Nigerians against voting for All Progressive Congress (APC) candidates in the forthcoming 2023 general elections.

Alhaji Atiku Abubakar highlighted insecurity, inflation, lack of infrastructure, and backwardness in the educational sector as some of the problems facing the country and promised to tackle them if voted into office.

The presidential hopeful said APC lacks focus, and vision and with no plan on the ground to solve the problems facing the country and its citizens, just as he described the ruling party as a total failure.

He assured Nigerians that, if voted into power, he will provide job opportunities, tackle insecurity and ensure the welfare of all Nigerians.

In his address at the meeting, the Chairman of the PDP Governor’s Forum and Sokoto State Governor, Aminu Waziri Tambuwal, assured PDP victory at all levels in the seven states of the northwest.

The Governor explained that APC has no reason to campaign as its administration has failed Nigerians and no one in his right senses would cast his vote for its victory.

Tambuwal called on voters to cast their votes wisely by voting for all PDP candidates at all levels.

All the speakers cautioned Nigerians against voting for APC in the forthcoming general elections considering the serious hardship its government put Nigerians into.

The Sokoto State delegation that attended the stakeholder’s meeting was led by the PDP state Chairman, Hon. Bello Aliyu Goronyo.

The delegation comprised all State Working Committee members and party candidates for the National Assembly positions.