“My wife, Annie is disturbing my life” – 2baba 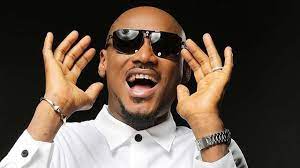 Legendary crooner, Innocent Ujah Idibia, better known as 2baba or 2face has taken to social media to jokingly call out his wife, Annie and their daughter while accusing them of disturbing him a lot.

In a video he recently shared on Instagram, the singer could be seen and heard telling his wife she is the number one disturbance he has in his house.

The father of seven also proceeded to where his daughter was lying and accused her of being another disturbance he has to deal with in his house.
(Gistlover)