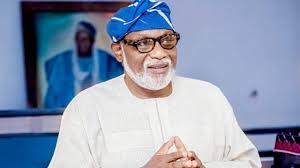 Ondo State government has banned teachers in its public schools to enroll their children in private schools.

A statement by the State’s Universal Basic Education Board (SUBEB), Bisi Agboola, said the ban was a directive by the SUBEB Chairman, Victor Olabimtan.

According to the statement: “The SUBEB Chairman condemned in strong terms the attitude of some teachers taking their biological children to private schools and ruled that it has become an offense for any public-school teachers to take their wards to private schools.”

Ondo has over 100 public primary schools scattered across the eighteen local government areas of the state. Many of the schools are in deplorable conditions and lack basic amenities.

Speaking with head teachers of public primary schools, Mr Olabimtan frowned at the drop in pupils’ enrollment across the state.

He said the government was worried over the rate of student dropout despite its huge investment in primary education across the state.

Hon Olabimtan noted that the teachers will henceforth be held responsible for any drop in schools’ enrolment.

He said the Ondo state government will not relent in its efforts at upgrading school standards as well as its personnel.

The SUBEB Chairman called on the Education Secretary in the 18 Local government areas not to hesitate at reporting any teacher found wanting in their duty post for possible sanction.

“The chairman, therefore, charged the teachers to buckle up and do the needful in the area of enrollment drive and shun any act of indolence.

“The state government has approved that serving primary school teachers can now reach Level-16 status like their counterparts in the civil service.

“Also, promotion letters were distributed to 2,111 teachers of which about 85 are of grade level-16,” the statement.