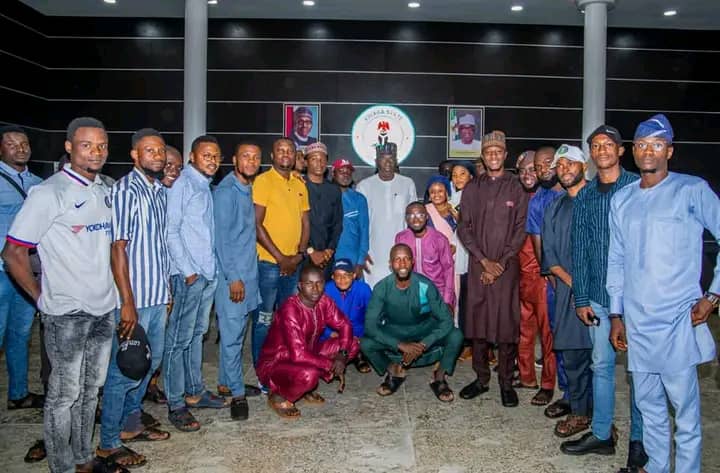 Kwara State Governor AbdulRahman AbdulRazaq during the weekend said the state’s garment factory will be inaugurated this year with a take-off capacity to hire 2,000 direct labor.

Speaking with dozens of APC youths, progressive social media influencers, and some online news publishers on Saturday night, the Governor said the idea is to make Kwara a hub for garment production, which can then benefit from the African Growth and Opportunity Act (AGOA) of the United States and other economic benefits.

The Chief Press Secretary to the governor, Rafiu Ajakaye on Sunday made the disclosure in a statement.

According to the statement, Governor stated that other projects of the administration like the visual arts centre, Adeta Yebumot Road, Ilesha Gwanara and Osi-Obbo-Aiyegunle Road, General Tunde Idiagbon Bridge, among others, will also be inaugurated in the fourth quarter of the year.

He further explained that the N27.2bn bond the administration took is being deployed for what it is meant, adding that the private bond is governed by very strict rules that protect the public interest and disallow mismanagement of any kind.

AbdulRazaq said the delay in the bond issuance last year and the inflation trends have both affected the pace of the projects, although the challenges are being surmounted.

He, however, said the administration has completed several projects and implemented many programs with great impacts across the state.

And that he hardly believes that project commissioning or flag-off is synonymous with good governance as some Nigerians may appear to believe.

The administration has made huge impacts on the lives of the people in various sectors like health, water, social safety nets, support for businesses, education, gender inclusion, youth empowerment, and rural-urban development, AbdulRazaq said.

The Governor said the administration is constructing 39 digital literacy centers across Kwara State in partnership with UBEC — apart from the innovation hub which he said would also be inaugurated later this year.

AbdulRazaq also said the current public officers are making huge sacrifices in the service of the state, as the era of flamboyance is gone because of the need to rebuild the state and channel resources to the greater good.

He commended the attendees for their support, fair criticism and representation, and understanding over the years.

He said the administration will continue to have a constructive exchange of ideas with Kwarans across various platforms.

The attendees comprised some members of Kwara Online Publishers Association of Nigeria; Kwara APC New Media Team; Kwara Rebuilders; and many other independents.

I love you beyond words, my better half’ – Judy Austin stirs drama