Lawal Assumes Duty as New Commissioner of Police in Kano 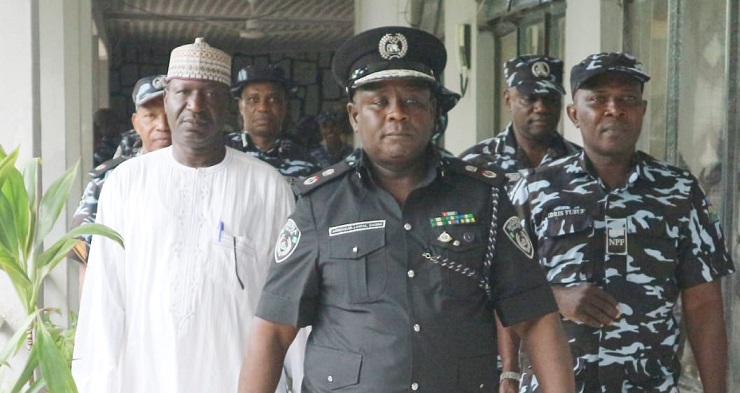 The deployment of CP Lawal to Kano State followed the retirement of former CP Samai’la Dikko.

The spokesperson, Kano State Police Command, SP Haruna Kiyawa in a statement said the new CP who was born on the 20th August, 1965, at Daura LGA of Katsina State, completed his mandatory Primary and Secondary School Education, after which he proceeds to the prestigious Ahmadu Bello University (ABU) Zaria where he obtained a Bachelor’s Degree in Sociology.

According to the statement, Lawal was enlisted in to the Nigeria Police Force as a Cadet Assistant Superintendent of Police (C/ASP) on the 3rd March, 1990 and trained at the famous Police Academy Annex Kaduna.

The Commissioner has served in different State Commands, Zonal Commands, Formations and the Force Headquarters Abuja where he held several positions, some of which include; Police Public Relations Officer (PPRO), Yobe State Command, Divisional Police Officer (DPO) in Several Divisions in Borno and Kano State Commands.

The statement further disclosed that prior to his posting to Kano State Police Command, he was the Commissioner of Police in charge of Enugu State Command.

CP Lawal also attended many professional and leadership courses, seminars and workshops both within and outside the country, some of which include; Combat Operations Course, at Police Mobile Force (PMF) Training College, Gwoza Camp, Gwoza, Borno State, Junior Command, Intermediate as well as Tactical Leadership Command Courses at Police Staff College Jos.

He is also a graduate and fellow of Nigeria Defense College, Abuja, having successfully conferred the fellowship award (fdc) and is happily married and blessed with children.

Fireboy parties with friends & fans in his Playboy mansion