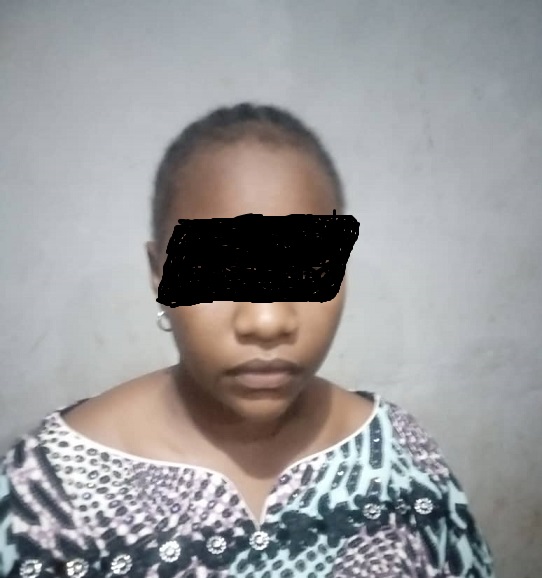 A 30-year-old woman, Farida Abubakar, has allegedly killed her husband in Birnin-Kebbi the state capital.

According to the Commands Spkoesperson, SP Nafi’u Abubakar in a statement on Friday, Farida had been arrested by the police on Thursday, at about 11:40 p.m. after receiving information of a strange noise in the deceased’s house.

The statement said the Divisional Police headquarters, Gwadan Gwaji, in Birnin Kebbi received a report from neighbors about strange noise from the house of the deceased, Attahiru Ibrahim of Aliero quarters, Birnin Kebbi, and his gate was also locked.

“On reaching the residence, policemen found Ibrahim lying down in the pool of his blood and was later confirmed dead by a medical Doctor.

“Similarly, his estranged wife, Farida Abubakar, 30, was also seen inside the compound,” the statement added.

According to the statement, Abubakar was suspected and arrested in connection with the case.

The Commissioner of Police in the state, CP Ahmed Magaji- Kontagora, has directed the Birnin Kebbi Divisional Police headquarters to immediately transfer the case to the State Criminal Investigation Department (SCID).

“This is for discreet investigation with a view to unraveling the circumstance surrounding the ugly incident,” the statement confirmed.