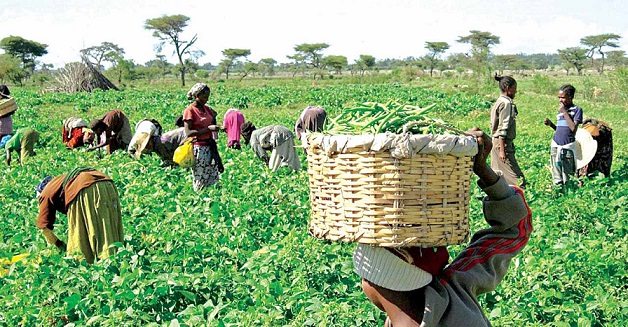 Kano state coordinator of CARES project Rufa’i Halilu, has said the project has spent about N300 million on farm input support components to farmers across state local government areas, adding that the amount was expended on providing the beneficiaries with solar-powered water pumping machines, power tillers, planters, fertilizers, insecticides, herbicides, sprayers, and improved seeds, among others.

According to him, the intervention would boost agricultural productivity in rural areas which is support under the World Bank’s Covid-19 Action Recovery and Economic Stimulus program (CARES).

Rufa’i Halilu, made the disclosure during project inspection by the CARES-project officials, and some media outlets in some local government areas visited to assess achievements were Rano, Madobi, and Bunkure.

On his part, Abdullahi Umar, a beneficiary in the Madobi area, thanked Kano-CARES for giving them improved seeds and other inputs to enhance agricultural productivity, adding that such kinds of support were timely as farmers faced challenges of the high cost of fertilizers and other farm inputs.

He urged the Kano CARES project to widen the program’s scope to enable more farmers to benefit from the gesture.

Another beneficiary Jamila Garba, from Rano local government, lauded the program, saying they made farming easy and possible for us this time around because, if not because of this intervention, many of us will not plant crops due high cost of fertilizers,” she said.

In another development Rufa’i Halilu said the project has expended about N1 billion to support farmers to enhance and boost their farming activities in the state.

The State Project Coordinator added that the sum was expended on the procurement of solar-powered water pumps, farm inputs and rehabilitation of feeder roads among other projects it carried out across the state.

Halilu who stated this while inspecting the projects said the intervention was to provide succour to the farmers who are poor and vulnerable in order to uplift them and their livelihood.

According to him, “since inception, some six months ago, we have expended about N1 billion. We are giving the support to the farmers (poor and vulnerable).

“The intervention include distribution of farm inputs to enhance and boost their farming activities and rehabilitation of feeder roads to ease access and transportation of their farm produce from their farmlands.

“On farm inputs, no less than 980 farmers have so far benefited from the project. And we have expended not less than N300 million.

“We have carried out different projects across 38 LGAs in the state and we are planning to extend to the remaining six metropolitan LGAs,” Halilu however stated.

Speaking while test running the machine in Makoda LGA, Datti said it pumps 25,000 litres per hours and depends solely on use of sunlight as well as environmentally friendly.

“It has so many advantages over the regular water pumps. It doesn’t use petroleum as it only uses sunshine. Secondly, it is environmentally friendly. It doesn’t pollute farms and acquatic life,” Datti said.

Meanwhile, the Ward Head of Binoni Community in Gabasawa LGA, Yahuza Madaki who spoke on behalf of his community where a 5km feeder road (Binoni to Jigore) was rehabilitated, said before the intervention they don’t have an access road as water usually gets to their knees when it rains.