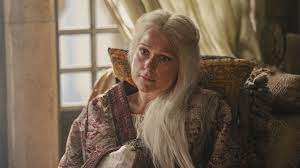 HBO’s new hit series House of the Dragon is already in the news. Just one episode into its six-episode debut season, people are talking about it.
Some people like it, but other people don’t. They think that it is too violent against women.

The premiere episode of the series included an “inciting event” for the story when Queen Consort Aemma Targaryen died in childbirth. Pregnant with her husband to King Viserys I’s child, Aemma was forced to have a C-section without anesthesia. The scene was shown in detail and it resulted in her death due to blood loss.

According to co-showrunner Miguel Sapochnik, “the theme of this birth scene was ‘torture,’” and meant to “shine a light on how the experience of men and women in this world has parallels to our own past and present… You’ve got this battle showing man’s eternal quest for power and status.
And then within that, you’ve got this woman who’s at the mercy of a man’s decision.”

However, many of the show’s nearly 10 million viewers thought the scene took things too far, with many taking to social media to hit out at what they viewed as unnecessary brutality.
Keep scrolling to see how House of the Dragon viewers are reacting to the buzzed about scene.

Some viewers are leaving before the end of the show.
“If you haven’t seen [House of the Dragon] yet, you might want to give it a pass,” one viewer warned. “The director’s idea of entertainment is to drag us through dramatizing an emergency C-section (without anesthesia) on screen. I’m not sticking around for more like that.”

‘Extremely awful’
“Yeah, no. It’s a lazy way to exploit women and add horror to television,” added another viewer. “Psychological horror is always more effective than visual in storytelling.”

Scene needed a ‘trigger warning’
“Aemma’s death might have been one of the things that has hit me the hardest in this whole franschise just because i was totally uprepared (as it does NOT happen in the book) and it was so unessecary to add even more violence against women than there already is,” tweeted one viewer.

Many ‘unsettled’ by the violence against women
“The last thing I need from my fantasy shows is to continue to show women not having choices over their own body,” added somebody else. “That was bloody disgusting, hard to watch and too close to home. This show is obviously well done, but yuck.”

‘GoT’ franchise has a history of violence against women
“The [Vulture] review of House of the Dragon says it includes scenes of ‘increasingly gruesome childbirth,’” noted another. “So I guess when the showrunners promised us less sexual violence, this was the horror against women they chose instead. Just sharing in case anyone else needs a CW.”