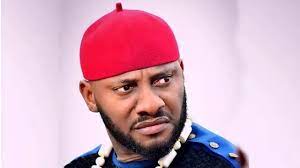 According to Yul, Nigerians just want to be given money for free but nobody wants to learn how to make the money.

He further stated that these days, if people are invited to learn something meaningful they would either end the call or ghost.

In a video he posted on social media, the former governorship aspirant said that people who refuse to learn how to make money are so quick to send account number when someone wants to send them money.
Read some comments…

osheamani1; Oga speak for ursef…. Wch 1 be nobody? U teach wey I no learn?

callmedamy; What the essence of learning if you can’t use it to make money

queen.veeeev; Abeg go and rest. We don’t want to hear anything from you

leaddyskincare; What do you want to teach us? Betrayal?? Oga shift😒😒

gloriaojo_; Who learning help. Money is the goal

The actor had early in July bragged about about him being the sexiest man in Nigeria.

Yul made the declaration in a post on his Instagram page while sharing some new photos of himself.

Yul Edochie stated in the caption that he is grateful to be up and alive to see a new day like millions in the country.

He wrote; ”Sexiest man in Nigeria. Up and grateful. ❤️❤️✌️✌️”
(Gistlover)