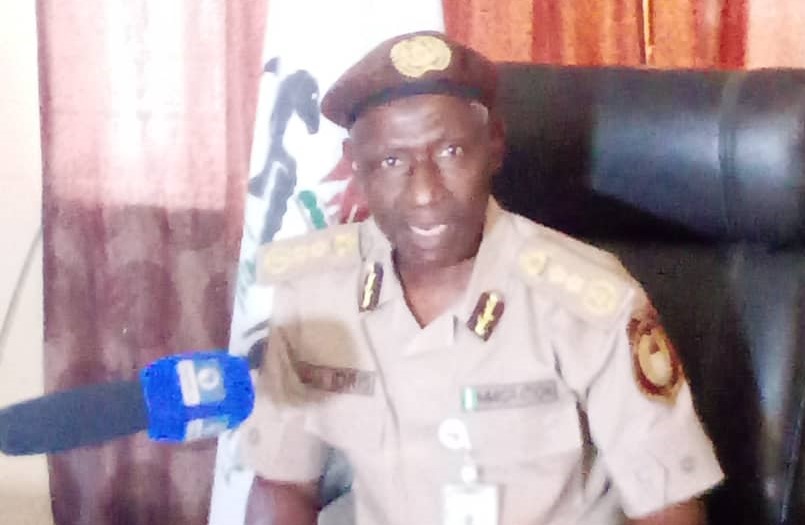 Nigerian Immigration Service has got approval from the federal government to commence E- border patrol to ensure maximum security around the country’s borders.

The Controller General of Immigrants Service, Mr. Idris Isa Jere revealed this while briefing newsmen during his condolences visit to the Jigawa state government, the empire of Dutse, and the family of their officer, Muhammad Abdullahi who died in an encounter with suspected bandits along Maigatari Galadi road in Jigawa state a less than three kilometer to Nigeria/Niger border.

The CG added that the federal government has approved the redeployment of CCTV Cameras, drones, and other electoral gadgets for the surveillance of the country’s borders.

He, however, appealed to state governments to complement the effort of the federal government in the provision of patrol vehicles and other logistic support, they described the security as a collective responsibility upon all three tiers of government and the general public.

During the condolence visit, the CG also presented the donation of over four Mill Naira (N4 million) to the family of the slain office Muhammad Abdullahi and the other two injured officers.

The Controller General of the Nigerian Immigration Service CG Idris Isa Jere said they are proud of the sacrifice made by Muhammad Abdul the two injured officers, and other members of the patrol team.

He said, it is the duty of the Immigration Service to dependent the territorial broader of the country and ensure no miscreants, criminals, or unlawful items are allowed to come into the country, so whoever died or was injured in the courses of such duty he did not die in vain.

Mr Jere expressed his happiness on how the two injured officers Abba Musa Kiyawa (DSI) and Zubairu Garba (AII)” are responding to treatment, and assured the commitment of his organization to the security and welfare of its men.

Speak up on matters that affect governance, group urges Rivers people, others