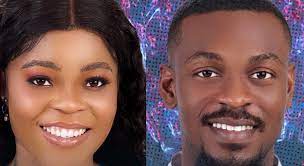 Prior to the altercation, the mood in both houses had been tense following Big Brother’s housemate switch. Chichi had sobbed uncontrollably after Biggie issued the order that saw Groovy replace Deji in the level one house.

Chichi’s tears comes as a surprise to some as she never made things official between her and Deji.

Meanwhile, the newly swapped housemates were received warmly and appear to have settled in with their new housemates.
(Pulse)

#BBNaijaS7: “If Chomzy and Groovy starts dating, I will go back to Eloswag”- Phyna