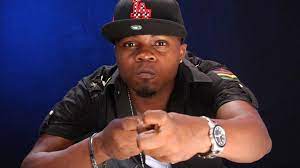 Late Nigerian Rapper Dagrin is wanted by the police in Sierra Leona.
The Nigerian indigenous rapper died in an auto-crush 12 years ago but is surprising that he was listed on the list of wanted criminals.

It was reported that he was involved in a violent protest which occurred just last week, this is according to the Sierra Leonean police.

The Sierra Leonean police released photos of the wanted people and his picture was in the photo album.

They claim he is among the people who allegedly participated in a violent protest in the country last week.

It is a big shock to the people of Nigeria it is known that Dagrin died long ago and even his brother who has taken his footsteps is still in Nigeria so what really happened?