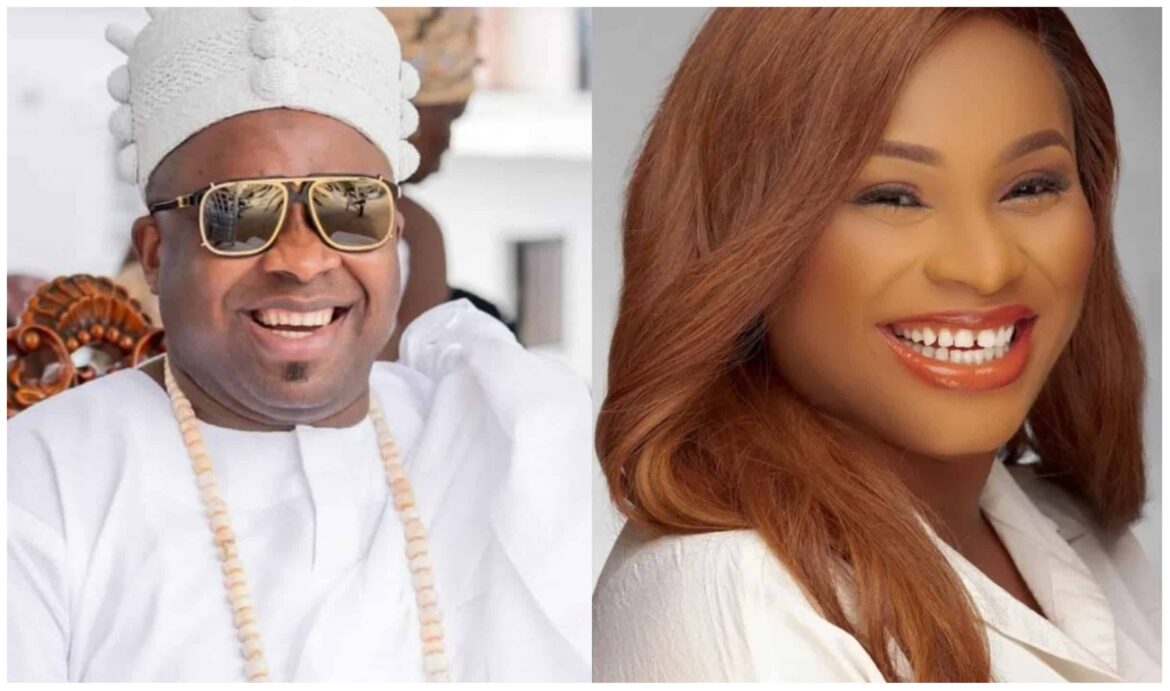 The Elegushi of Ikateland, HRM Oba Saheed Elegushi, is reportedly set to pick a new wife, an Edo-born princess called, Tonya Lawani.
From all the information gathered, the incoming Olori, Tonya Lawani who already has a son from a previous marriage, is a rich lady who not only runs the SEAL Group – one of the fastest growing conglomerates in Nigeria but also has a connection with Lagos Big Babes.

Proudly a landlord at Banana Island in Lagos, Tonya is now reportedly pregnant and will give birth to the royal baby soon.

Interestingly, the relationship between Tonya and the king didn’t just start.

Recall that in March, Oba Saheed Elegushi lost his only son and heir apparent to the throne (from his second wife, Queen Hadiza). The young prince was just one year and seven months old before his unfortunate death.

They have since lived on above the setback and the love between the Elegushi and Hadiza is still thick. Just three months ago, the monarch celebrated his third anniversary with Olori Hadiza.

The king took to social media to share sweet words about her, praying that “Allah continue to keep us together”. Elegushi married Hadiza, the Kano-born daughter of a renowned politician, Alhaji Tanko Yakassai in May 2020. They had a Nikkai in Abuja.
(Gistlover)