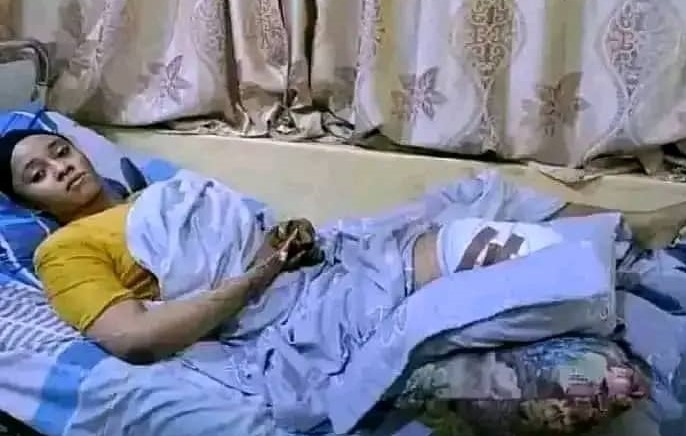 A female student of Khalifa International Model Schools, Miss Fatima Suleiman was crushed by a car of a joyous student at the school premises on graduation day.

The Victim Fatima Suleiman was wailing time outside the school perimeter fence with her female friend when another student of a different school at a higher speed nearly crushed the two when one narrowly escaped living Fatima was crushed with a mutilated leg.

Speaking with the press shortly after the unfortunate incident, the school director Mr James said, the accident happens when students were anxiously waiting for their parents to take the home in a joyous mood.

He said upon hearing about the accident, the school authority moves to the scene and rushed the victim to Usmanu Danfodio University Teaching Hospital in the company of the police, where she was booked for Amputation considering the severity of the mutilated leg.

Mr James further told journalists that the suspect who crushed the female student was not a student of Khalifa International Model Schools, but rather a student of another school in the metropolis driving by the school at a higher speed.

Mr James further stated that the school authority has been supporting the victim who is currently on a sickbed with all possible means with a view to ensuring that she recovered quickly from the trauma.

He said already a request by the school management for the provision of speed breakers and zebra crossing has been presented to the Federal Roads Safety Commission (FRSC) and the state ministry of environment.

The speed breakers will soon be erected along the road with a view to forestall future occurrences of the incident.