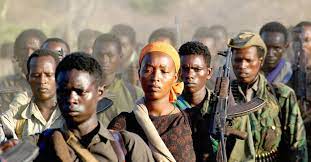 The Ethiopian government called for a formal Tigray ceasefire agreement to be reached as soon as possible to enable the resumption of basic services to the war-stricken northern region.

A committee established in June to explore the possibility of talks with Tigrayan rebels said on Wednesday it had drawn up a “peace proposal” to try to end the war that erupted in November 2020.

The announcement came on the same day that the head of the World Health Organization (WHO) described the situation in Tigray as the “worst humanitarian crisis in the world”.

“In order to ensure a sustained provision of humanitarian aid as well as to facilitate the resumption of basic services and also to resolve the conflict peacefully; the committee has underscored that there is a need to conclude a ceasefire agreement as soon as possible,” the Ethiopian peace committee said in a statement.
“To expedite this process, the committee has deliberated upon and adopted a peace proposal that would lead to the conclusion of a ceasefire and lay the foundation for future political dialogue.”

The Tigray People’s Liberation Front (TPLF) dismissed the committee’s call as “obfuscation”, saying the government of Prime Minister Abiy Ahmed had shown no real appetite for dialogue.
“They have openly defied their oft-repeated promise to take measures aimed at creating conducive environment for peaceful negotiations … In fact, it’s forces are taking provocative actions against our forces flaunting their belligerent behavior in public,” spokesperson Getachew Reda tweeted.

The TPLF has long insisted that basic services would have to be restored to the region of six million people before dialogue could begin.

Fighting has eased in northern Ethiopia since a truce was declared at the end of March, allowing the resumption of desperately needed international aid convoys to Tigray after a break of three months.

Ethiopia’s northernmost region has suffered desperate food shortages and is without access to basic services such as electricity, communications and banking.

Ethiopia’s peace committee, meanwhile, said it would submit its peace proposal to the African Union (AU).
The AU has been leading the push to end a conflict that has killed untold numbers of people and left millions in need of humanitarian aid.

“All effort is being exerted in collaboration with the African Union so that it would be possible to determine the venue and time for talks and to begin peace talks quickly and to conclude a ceasefire agreement shortly,” it said.
Abiy’s government says any negotiations must be led by the AU’s Horn of Africa envoy Olusegun Obasanjo but the rebels want outgoing Kenyan President Uhuru Kenyatta to mediate.

‘Man-made catastrophe’
WHO chief Tedros Adhanom Ghebreyesus, who is from Tigray, on Wednesday described the situation in the region as a “man-made catastrophe” and slammed global leaders for overlooking the humanitarian crisis.
“This unimaginable cruelty must end. The only solution is peace,” he said at a news conference in Geneva.

Moreover, Tedros said the drought in the war-torn region was “compounding a man-made catastrophe for 6 million people … sealed off from the outside world, with no telecommunications, no banking services and very limited electricity and fuel”.

The war in northern Ethiopia was unleashed when Abiy, the 2019 Nobel Peace Prize winner, ordered troops into Tigray to topple the TPLF, accusing rebels of attacking federal army camps.

It followed months of tensions between the government and the TPLF, which dominated Ethiopian politics for three decades until Abiy took office in 2018.
(Al Jazeera)