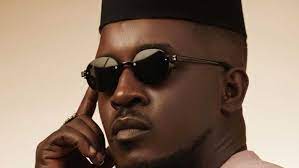 Rap veteran, Label executive, and legendary artist M.I Abaga have released the track list for his upcoming album ‘The Guy’.
M.I announced Months ago that he will be dropping a new album in 2022.

He subsequently revealed that he will be switching his stage name M.I and taking on a new name ‘The Guy’ which also doubled as his album name.

As the music industry prepares for the release of ‘The Guy’ on August 12th, M.I has revealed the album tracklist which has excited fans on social media. M.I revealed the tracklist via his social media platform on Monday, 15th August 2022.

Guest Appearances on the ‘The Guy’: The tracklist contained 12 tracks and guest appearances by international and African acts.

The track list revealed collaborations with talented artists across different soundscapes and generations. The album is set to be M.I’s 7th solo studio album and it’s expected the legend into a new height in his illustrious career.
(Pulse)